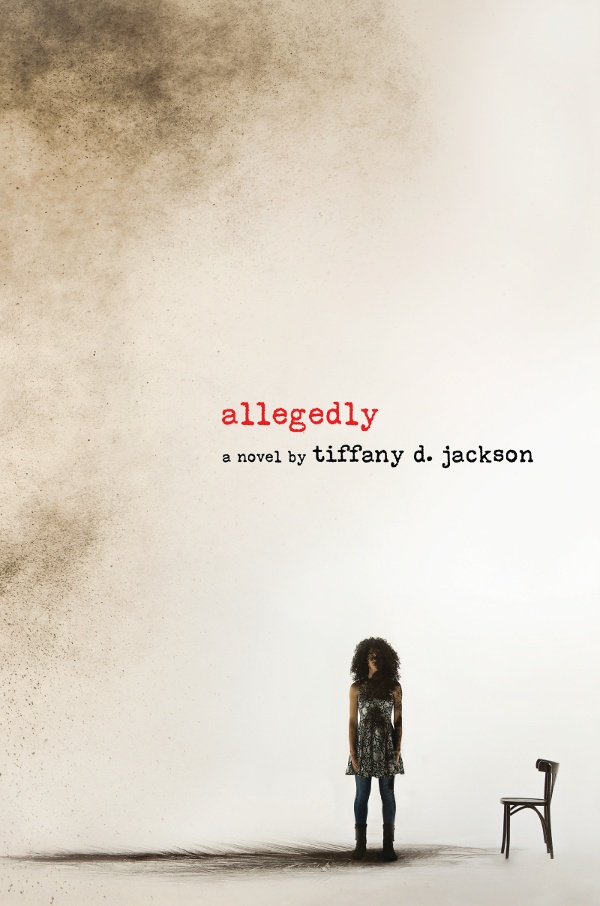 There aren’t a lot of elements at play on this cover, but each one adds up to give it a foreboding feel.

When Mary Addison was 9, she killed a 3-month-old baby who was in her mother’s care—allegedly. The trial made headlines across the country, and Mary was sent to prison for the crime.

Seven years later, Mary, who’s living in a group home, gets pregnant. And she realizes that she’ll do just about anything to keep the baby, even if it means dredging up the past.

Mary is a dedicated young woman who wants nothing more than to make a better life for herself (and her baby). She’s highly intelligent and driven. She’s had a rough time of life, but sees education as her way back onto the “normal” path of life. But there’s something about her that makes me wary, and it’s not just that she killed a baby—allegedly—when she was a little girl.

Although Mary talks a lot about how she and her baby daddy are in love—he’s the only person who has ever made her feel truly safe—there’s not a lot of real chemistry there. We’re told that they’re madly in love, but the feelings don’t resonate.

Allegedly is told from the POV of Mary interspersed with snippets of interviews, news articles, news stories, and books that add information both about the case and trial and Mary’s character. At first, Mary’s situation seems pretty cut and dry, but as the book progresses, the story gets more and more fleshed out. There’s an underlying tension to the entire thing, and a slow reveal that Mary’s maybe not as reliable as she seemed at first.

With Allegedly, Tiffany D. Jackson made an excellent go of crafting a novel in which nothing is really what it seems, but the twists and turns of the novel weren’t as twisty as I would have liked. And most of the secondary characters felt flat, like they were minor characters in a bad crime procedural TV show.

There are a lot of terrible adults in Allegedly. From Mary’s self-centered mother and her mom’s abusive boyfriends to her parole officer, social worker, and the sisters who run the group home. It’s heartbreaking to think that someone could find themselves so completely surrounded by the worst of the worst.

I was pretty comfortable with you at first, Book, but quickly found myself squirming in my seat. You’ve certainly got some demons to contend with, and while I found your story interesting, I just think we’re better off going our separate ways.

FTC Full Disclosure: I received a copy of this book from Katherine Tegan Books, but got neither a private dance party with Tom Hiddleston nor money in exchange for this review. Allegedly is available now.