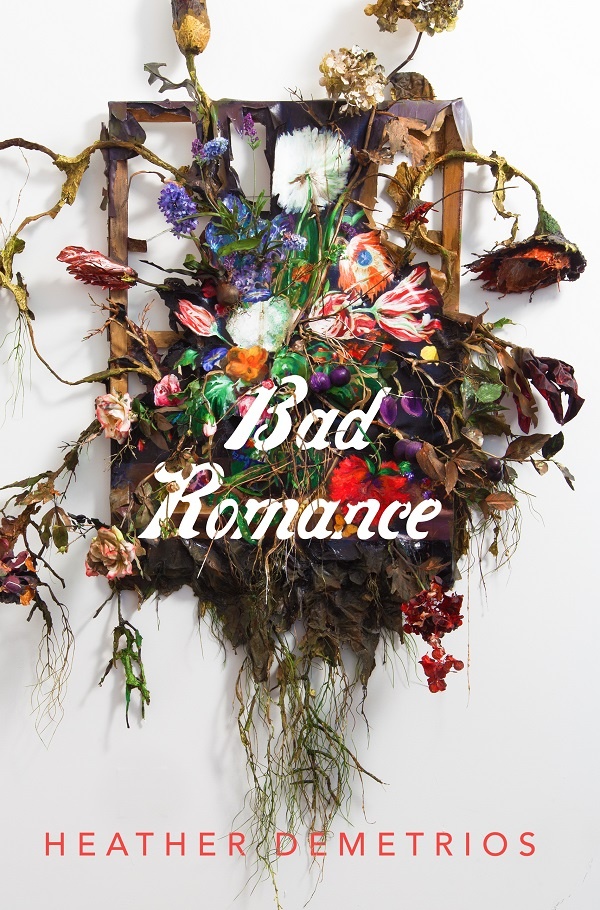 Cover Story: I Want Your Ugly, I Want Your Disease
BFF Charm: Oda Mae Brown
Talky Talk: Goodbye to You
Bonus Factors: Best Friends, Theatre, Shades of Gray
Relationship Status: I’ll Be There for You

Oh, this is good. Visual artist Valerie Hegarty perfectly encapsulates the unhealthy and deteriorating relationship at the heart of this novel.

Grace dreams of directing plays on Broadway: a life far, far away from her small town, as well as the fearsome stepdad and overbearing mom controlling her every move.

But then Grace falls in love with him: charming rocker Gavin, who’s head over heels right back for her. Gavin, who wants to spend every waking moment with her. And Gavin, who gets angry and possessive when she doesn’t. That’s just how love’s supposed to be. Right?

I’ve always thought that I loved musicals, but Grace lives, breathes, LOVES musicals, and she’d make a fine mentor to take me under her Broadway tutelage; although, I can’t exactly focus on the fun stuff, because Grace? You in danger, girl. And your harrowing tale hits close to home because it could be anybody’s (1 in 3 adolescents’ in the U.S., in fact).

Honestly, if it wasn’t for Future You narrating the way, would I have been able to see it? Would I have done anything differently in your shoes? People like to think they would – why don’t you just leave? – but it’s not like you entered a relationship expecting to be abused. Expecting to feel trapped, to feel helpless and hopeless. You definitely have my support throughout this entire ordeal – plus all the fist pumps when you walk away from him for good.

OK, so it’s absolutely no surprise that Gavin is mondo bad news (thus the lack of spoiler warnings). But despite being on the lookout for signs – and the constant presence of his signature fedora – it’s easy to understand how and why Gavin could be as seductive and intoxicating as he was to Grace.

Talky Talk: Goodbye to You

As previously alluded to, Bad Romance is narrated by Grace reflecting on her past year with Gavin: elation and excitement, regret and resentment – all the ups and the many, many downs. And it’s actually addressed to Gavin, like one giant breakup letter. But even with knowing that they’ll end, the novel is still as tense as any horror story – because it really is. Worse than one, I’d say, given how insidious and prevalent dating violence is. (After all, you’re more likely to get caught in a bad romance than you are to be attacked by a sharknado.)

Nat and Lys might not seem like they have much in common (chaste religious girl vs. outspoken lesbian), but they’re united in their Three Musketeers friendship with Grace – and their willingness to call out Gavin’s shizz. But even with a great support system, it’s still pretty dang hard to break free from an abusive relationship.

If there’s a production being put on by her high school, Grace can be found behind the scenes, usually as a stage manager or assistant director – a stepping stone to making her New York City dreams a reality.

No, not the book (or that one, either) – but how utterly human and layered Heather Demetrios’ characters are. No one’s a complete mustache-twirling villain. Which isn’t to give a pass for how Gavin and her stepfather, Roy, each treat Grace. But that’s the thing, isn’t it, about emotional manipulators? There are just enough redeeming qualities – a faint sliver of hope – to make their victims stick around.

Grace’s mom, on the other hand, has untreated OCD, and the behaviors fueled by her condition put an enormous strain on their relationship. She can’t help it and she doesn’t want to be this way, but she also refuses to get help. And she’s stuck in a bad romance of her own. How can you not feel conflicted over someone like her?

Relationship Status: I’ll Be There for You

From the instant that I met Grace, her story began weighing on my heart. As difficult of a read that it could be, it’s also a necessary examination of love gone wrong. Book, never forget that you are always, always worthy of love – without strings, without fear, and without abuse.

FTC Full Disclosure: I received my free review copy from Henry Holt & Co. This review was originally posted on Kirkus Reviews in exchange for monetary compensation, which did not affect or influence my opinions. Bad Romance is available now.