Careful, Sweetie: spoilers! This is the second book in the Beka Cooper series, so if you haven’t read the previous one, you should probably hop back in the TARDIS and go curl up in the library by the pool with the first book before continuing.

It really looks like Beka is posing in front of the backdrop of an old-timey harbor, like when your parents used to take you to do portraits at JC Penney’s and they had a few props lying around, including that box they’d place a faux fur throw on so you could awkwardly lean over it and pose with your chin your hand as you stare up into the light? To be fair, it’s at least a pretty backdrop of a harbor.

Three. That’s how many partners Beka has been paired with who’ve ditched her in the six months since she became a full-fledged Dog. It’s not Beka’s fault she’s eager, and that nickname, Terrier, keeps following her around, scaring off the lazy and the jaded. The only upside to losing her most recent partner is Beka is back with Tunstall and Goodwin until they find her a replacement. The three have plenty of work ahead of them. It’s the start of autumn and there’s rumors coming back from those harvesting that it’s going to be a lean winter. Prices everywhere are starting to rise along with the late-summer temperatures and the tempers of struggling parents just wanting to feed their families. Things begin to look even worse as Beka and her partners realize that there’s been a recent influx of coles, counterfeit silver coins, infiltrating the capital of Corus. Counterfeit money could destabilize a kingdom in a frighteningly quick amount of time, and discretion is a Dog’s best friend when it comes to keeping the country from panicking.

After determining that the coles are originating in the harbor city of Port Caynn, Beka and Goodwin are sent on an undercover mission to sniff out the counterfeiters. It’s one of the most important cases of Beka’s young life, and the stakes are immeasurably high.

Who doesn’t love that rush of confidence you get when you’ve been at a task for a while and you’re no longer the newest newbie of them all? Now you know things, and you begin to get more freedom in your role. That’s how Beka starts off in Bloodhound. It quickly becomes clear to her that she has much, much more to learn as she makes a few blunders here and there, but she’s found her people and her purpose. Now all she has to do is figure out all the other tricky stuff, like how to be a normal young adult and cut loose once in a while.

Beka is still resisting Rosto’s advances, despite that late-night urge to give in when she’s feeling particularly lonely or weak. During a riot in the Nightmarket she meets Dale, a charismatic gambler from Port Caynn, who may or may not be mixed up in this counterfeiting business. As he shows Goodwin and Beka around Port Caynn’s entertainment district, Beka can’t help but find his attention (and his bod) attractive and far less problematic than Rosto’s (who, if you’ll recall, is basically the king of the criminals of Corus).

When I first read this book, I was still majorly rooting for Beka and Rosto (I can’t help it if I love a star-crossed romance) and so anything to do with Dale and his easy charm had me yelling at my book for Beka to keep her wits about her. Don’t fall for it! But with the benefit of age and foreknowledge of how the series turns out, this time around I was a lot more chill and found myself rooting for Beka to have a little fun. Get yours, girl.

Talky Talk: Devil’s In The Details

This book is dense, y’all. This may be Pierce’s longest series, page-wise. I was enjoying myself alongside Beka in Port Caynn, but my Kindle app was telling me each chapter was going to take about 30 minutes to get through, and it felt like this book was never going to end. I will admit that ferreting out counterfeiters is not quite as high-stakes as stopping a child murderer, but the far-reaching political implications made for a fascinating look at how quickly you can collapse a country’s economy.

It’s was good to get Beka out of her comfort zone of the Lower City, and I loved seeing her confidence in herself grow. While Beka does have a bit of magic about her, it’s not the all-powerful kind, like Alanna’s healing abilities or Daine’s shape-shifting talents, so Beka’s real superpower is having a passion for her job and the determination to learn the right skills to be excellent at it—and that’s a great message for us real-world ladies who don’t have things like a god-cat at their disposal.

I haven’t mentioned it yet, but a big plot point in this book centers around Beka’s newest partner, Achoo Curlypaws. Early on, she witnesses a handler abusing the adorable moppet (definitely an anti-bonus factor) and Pounce, with a line that always kind of makes me tear up because I love these characters like they’re real people, says, “If you don’t stop him, you are not the girl I believe you to be.” Of course, Beka is that girl, and she suddenly finds herself in charge of the two-year-old silly and loyal scent hound, whose favorite off-duty pastime is chasing butterflies.

I first read this book before I had a dog and it made me desperately jealous for one. Now that I’ve had my own couch-potato pup for the last six years, it just made me love Achoo and Beka’s dynamic even more. (He’s even sleeping on my arm as I type this. So precious.)

Beka and Goodwin are undercover as loose-moraled Dogs while in Port Caynn to get closer to where the coles are coming from, so they need to be out and about in gambling dens and dance halls. Poor Beka, having to eat rich food and flirt with a cute boy. I’ll take your place if you find it all a little much.

Beka’s benefactor, Lord Gershom, has a relative in Port Caynn who is also a Dog, named Nestor. Beka had a huge crush on him when she was younger until she realized he swings for the other team. She meets Nestor’s partner, Okha, a singer who goes by the alias of Amber Orchid when he’s performing. She and Okha have a discussion about gender and I thought it was interesting the way he describes, in the context of the fantasy world they live in, why he feels like a woman trapped in a man’s body:

“…Your beauty comes from the inside. You don’t put that on with a brush and powder.”

“Inside I am a beautiful woman,” Okha said, fiddling with a perfect curl. “The Trickster tapped me in my mother’s womb and placed me in this man’s shell.”

I’d heard of many tricks done by the gods, but surely this was nearabout the cruelest. “I’m sorry,” I whispered.

“At least I understand what happened,” Okha said, getting to his feet and smoothing his dress. “How many like me live our lives without ever knowing? How many of us never feel right in the world where we live, and never realize a god turned our lives all on end?”

“Have you asked the god?” I wanted to know.

Okha gave me a tiny, bitter smile. “The god touched me once, Beka. I’d as soon not get his attention again.”

Long before the Lioness, we had Lady Sabine, a female knight who existed hundreds of years before Alanna had to literally dress up like a male just to get into knight-school. So what gives? Pierce cleverly weaves in a small subplot about the growing tide of anti-feminism, helping you connect the dots to understand why Tortall seems to have regressed in women’s rights since Beka’s present.

Beka has an interesting conversation with Sir Lionel, who happens to be one of Alanna’s ancestors; he keeps referencing the “Gentle Mother” who seems to be a softer, more feminine (AKA meeker and milder homemaker) portrayal of the Great Goddess that is starting to gain traction amongst the locals in Port Caynn. It felt so apropos to the way certain factions today treat women’s rights and their expectations of what makes a “good, righteous woman” that I was looking for things to throw at Sir Lionel before I remembered he was a fictional character.

It never ceases to amaze me what kind of destructive power a panicked and self-righteous crowd can harness.

I’m not much of a gambler, Book, but I’d like to think I have enough good will to mimic a four leaf clover. If you’re down to play the cards or shake the dice all evening, I don’t mind hanging by your side and blowing a little luck on your next throw. If you’re tired of the good guys always getting a win, check out join the family business of art thieving in Heist Society. 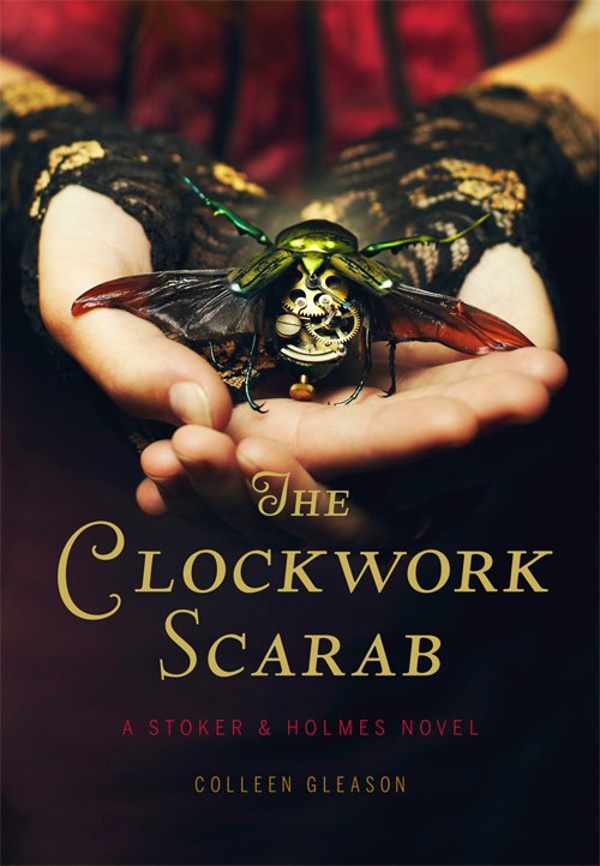 Did you enjoy the camaraderie between Beka and Goodwin and want more badass ladies solving mysteries? Check out Stoker and Holmes in The Clockwork Scarab. First Test (Protector Of The Small #1)

I’d be remiss if I didn’t mention another girl coming into her own with a passion for her work in Tamora Pierce’s other series about a woman doing a “man’s” job in First Test.

FTC Full Disclosure: I purchased my own copy of this book. I received neither money nor peanut butter cups in exchange for this review. Bloodhound is available now.