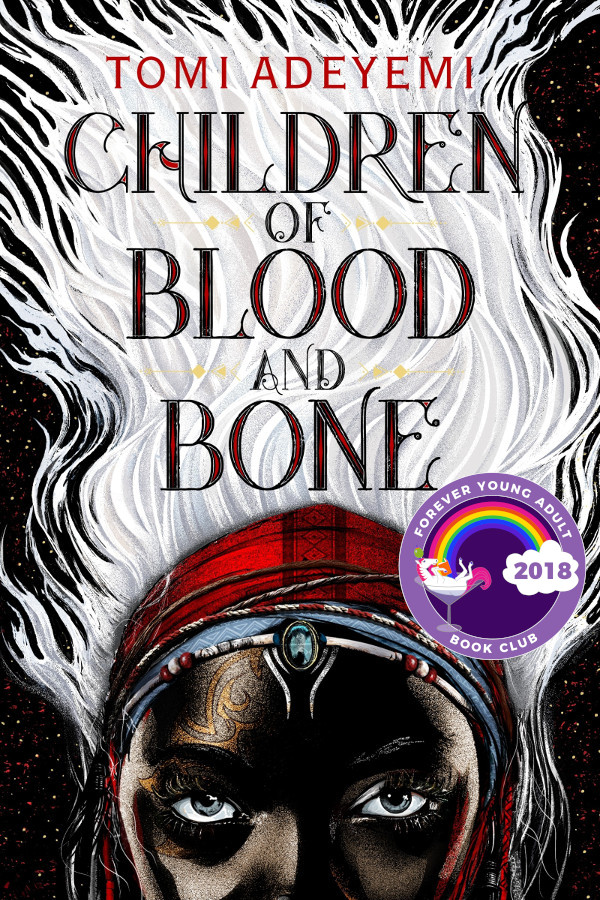 Title: Children of Blood and Bone (Legacy of Orïsha #1)

It might be the inner nerd in me, but I can’t help but see Ororo Munroe, a.k.a. Storm from the X-Men, when I look at this cover. Although it’s not Storm, the look in the woman’s eyes is definitely one Storm might have; it’s fierce, and makes her someone you don’t want to be messing with.

Orïsha used to be filled with magic. But then the king decided that magic—and its wielders, the divîners—were too dangerous to live. The king ordered a massacre of all divîners and the end of magic.

Zélie Adebola watched the night her mother was tortured and killed, simply for being different. And since that terrible night, Zélie and other divîners like her have been treated as something less than human, taxed and beaten and forced into slavery. She despises the king and all that he’s done to her family and her people, but there’s little she can do other than keep her head down.

When a chance encounter gives Zélie the opportunity to change everything, she takes it, but much adversity stands in her way.

Zélie is a warrior. She’s a trained fighter, and her spirit is strong. She’s extraordinarily loyal to her family, and, on a larger scale, her people, the divîners. Through no fault of her own, she’s stuck in a terrible situation and treated like a second-class (or lower) citizen simply because of her hair color. (All divîners have stark white hair.) She’s not perfect—she frequently sticks her foot in her mouth and causes trouble, even when she means well—but she’d make an excellent friend and teammate in the quest to bring magic back to Orïsha. Plus, girl’s got some unique gifts, and y’all know it’s hard for me to resist the idea of having a superhero as a friend.

Zélie and [REDACTED] have an immediate, physical reaction when they first encounter each other. And as the book progresses, it’s obvious that the two have a connection; but said connection is really, really complicated. I really wanted to root for them, but I spent much of the book waiting for the other shoe to drop. The tension, while appropriate for the story, really put a damper on the swoon.

If you run in YA lit circles on the Internet, you know that the hype surrounding Children of Blood and Bone has been immense. Thankfully, Adeyemi’s debut novel proves deserving of the praise. It’s a rich, engaging novel that incorporates coming-of-age themes with critical topics (see Bonus Factor: Diversity and Anti-Bonus Factor: Racism, below) and a distinctive system of magic that feels both ancient and fresh. Adeyemi’s characters are strong-willed yet flawed characters who feel realistic, especially when they’re disappointing their family members or trying to come to terms with being more “important” than they ever could have imagined. They’re complex in their individuality, and even the “villain” makes some thoughtful points.

Children of Blood and Bone is a novel you’ll stay up far past your bedtime reading, but will only grumble a little bit when you’re struggling with the book hangover the following day.

As a white woman, I know that I can never fully understand how it feels to be under-represented in YA literature. But I do know how damn good it feels to read a book in which the only white character (I think—he’s described as having a complexion “like sandstone, rich with copper undertones”) doesn’t show up until nearly page 400. Major fist pumps, especially because the book doesn’t suffer in any way for it (obviously). More of this, please, publishers!

When Zélie’s thrown into a quest to return magic to Orïsha, she struggles, both internally and externally. But she’s not the only character who undergoes a great amount of personal growth; in fact, all three of the main characters—the book is divided by their POVs—are forced to realize that much of their childhood was peppered with half-truths or full-on lies, and that their beliefs aren’t as solid as they once thought. It’ll be interesting to see how they continue to grow in future novels in this series.

Zélie and her fellow divîners are treated horribly by the noble class, simply because of the circumstances of their births. This kind of systemic racism, even while couched in a fictional, fantastical setting, resonates with a lot of issues currently plaguing the real world. Pants to Adeyemi for incorporating such important and timely topics in a novel about magic.

I knew going in to Children of Blood and Bone that it was the start of a series, and I’d likely be left with a lot of questions or worries about the plot and main characters’ safety. I wasn’t wrong.

Although I was a bit worried that you were going to be too good to be true, Book, we pretty much immediately hit it off. I haven’t ordered any wedding magazines—yet—but I have a good feeling. I can’t wait until we get together again.

If you’re itching for more representation in YA fantasy, and excited to read novels in which white isn’t the default, give Zoraida Córdova’s Labyrinth Lost a read. (Pro-Tip: Labyrinth Lost was also the July 2018 FYA Book Club pick.) 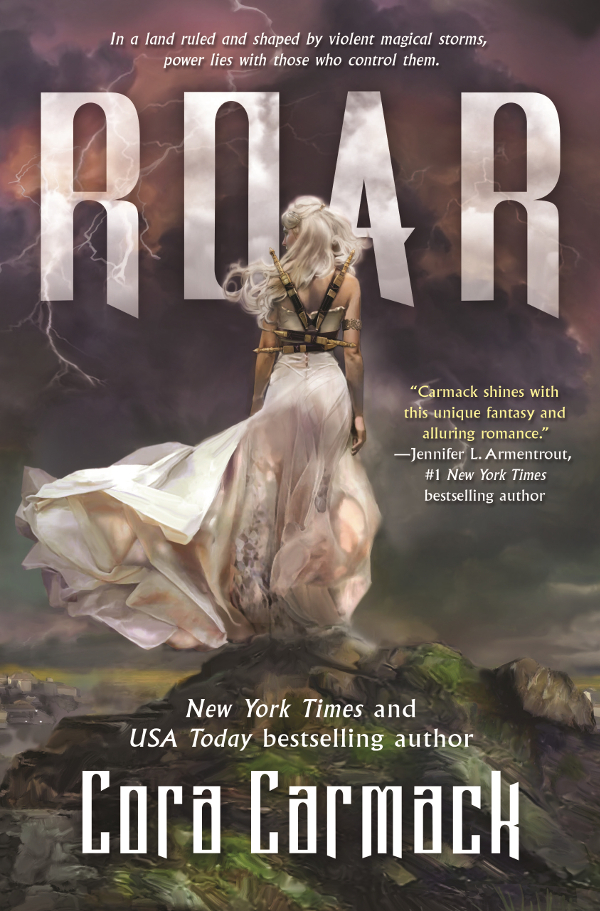 For another unique, elemental-style magical system, check out Roar by Cora Carmack. FTC Full Disclosure: I bought a copy of this book with my own money and got neither a private dance party with Tom Hiddleston nor money in exchange for this review. Children of Blood and Bone is available now.