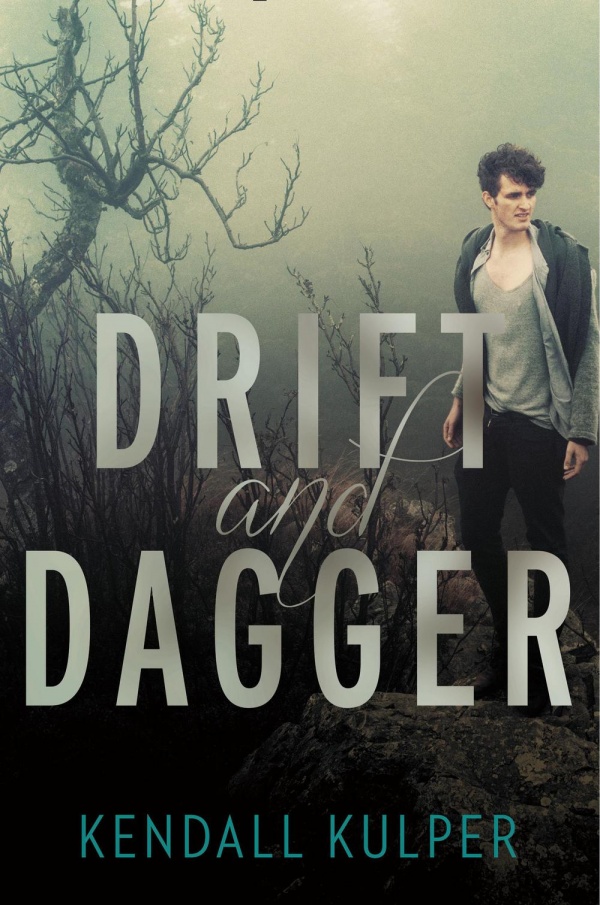 Okay, what is going on here? We’ve got a cute dude walking through some fog-saturated underbrush, but what on earth is he wearing? For a novel that takes place in the nineteenth century, his skinny-jeans-and-artful-layers look is suspiciously on point for 2015. At least with the new cover of Salt & Storm they put a girl in a Fancy 19th Century Dress. The cover is aesthetically pleasing and atmospheric, but makes zero sense in context.

In a world with a thriving magical economy, Mal is a blank. Blanks are impervious to magic – and for that reason, they’re seen as a threat. For Mal’s entire life, he has heard tales of blanks gone mad, ostracized, and tormented. Only his best friend, Essie Roe, knows that magic can’t touch him…until the day she inexplicably betrays his secret to the rest of Prince Island.

Years later, Mal still can’t get over her ice-cold betrayal, and when he and his business partner Boone hear of a magical knife that will rob witches of their powers, they set off to find it and avenge Mal. Their journey takes them across the world and back to Prince Island for a final showdown, but what will happen when Mal tries to deprive the island of its prized Roe witch?

Mal is floundering out in the real world, tormented by the predictions that he’ll go insane (or worse), Essie’s betrayal, and feeling indebted to his partner Boone. He seems like he could be a pretty fun guy (dude knows his share of drinking songs), and he’s absurdly loyal, but I’m not ready to give my BFF charm until I see him away from his revenge quest.

To be perfectly frank, I spent the entire book being far more interested in Essie Roe and the Roe matriarchy than Mal’s personal torment. Women who are magically tied to an island village that reveres and fears them! A destiny they can’t escape! A seething ocean that reflects their moods! Quiet, Mal, and let the ladies Get Stuff Done.

Romance doesn’t play a huge part in this story, as you might imagine. The story of Mal and Essie’s friendship is demonstrated through flashbacks, and they were too young when Mal left to have any real chemistry. Since Mal and Boone are busy finding magical objects, there isn’t much romance on the road (or the sea), either.

Like Salt & Storm, this story deals with magical realism built on an actual historical time period. Kulper’s prose is accessible, even if you’re not a historical fiction fan, and it never gets bogged down in too many period details. Similarly, Kulper creates an atmosphere that is rife with tension and danger, which visits faraway lands and explores Mal’s worst fears.

Mal is convinced, of course, that he is destined to go mad and destroy everything he touches. At eighteen, he can’t see past getting his revenge and waiting for his “blankness” to take over. But is it really the curse he thinks it is? (In the immortal words of INXS, every single one of us, a devil inside.) Mal’s headspace is almost entirely consumed by thoughts of his future and thoughts of revenge, along with equal measures of loyalty to and suspicion regarding Boone. It is a pretty bleak place to be.

You could consider this a prequel to Salt & Storm, but both are standalone novels. Some characters make cameos, but the story arc wraps up just as neatly as Kulper’s first novel, and there’s no need to have read Salt & Storm to understand what is going on here.

Relationship Status: Part of Your World

Book, our second date was fun – you didn’t quite capture my imagination like our first trip to Prince Island, but I still had a good time. I admit that I was more interested in your friends this time, but when you asked me out, I couldn’t wait to be part of the world of Roe witches once more. Do you have any other seethingly angry, wind-tossed, saltwater-drenched stories you’d like to tell me?

FTC Full Disclosure: I received a free review copy from The NOVL. I received neither money nor a pet unicorn for writing this review, despite how hard I wished for one.  Drift & Dagger is available now.