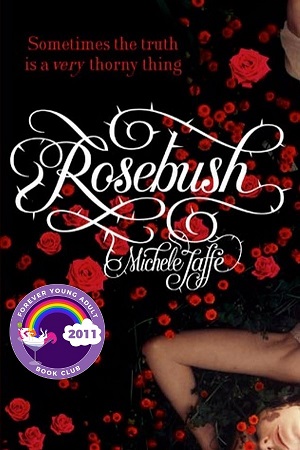 Jane wakes up in the hospital Memorial Day weekend unable to speak or move. She was found hit by a car and left for dead in a rosebush after going to a party on the Jersey Shore with her two bffs, Langley and Kate. As she slowly gets her memories back, she starts seeing sinister messages all telling her she should be dead. And while the police think it was either a suicide attempt or a hit and run by some petty criminals, and her mom and doctors think she’s going crazy, deep down Jane KNOWS it has to be one of her friends. She wasn’t always popular, but the year before moving to New Jersey from the Midwest she decided to reinvent herself and quit being an outsider, even though her best friend wasn’t into it like she was. Moving to Jersey was her big chance, but now she wonders who from her new life is a big mistake. Could it be David, her boyfriend, or even better, his asshole best friend Oliver (the Logan Echolls to his Duncan Kane, the Alpha to his Matthew)? Anyone is possible, and that means she has no one to trust.

I wouldn’t always so wholeheartedly give a bff charm to one of the most popular girls in school — bish has enough bffs already, right? But Jane is complicated, and while she’s part of the “Three Must-keteers” (as in, everyone must follow their example because they are soooo cool), she’s still real. She’s way into photography, and even goes to photography camp, which as we all know is a ticket to Nerdsville in most high schools. She does try a little too hard to fit her personality to her friends’, but who doesn’t in high school? Anyway, Jane’s smart and witty but also very, very vulnerable. Jane! I won’t judge you, I’ll just listen and let you know everything will be ok. Oh, and help you find the jackhole who ran you down.

Yep, there are THREE ratings because there are three boys! Go Jane! Her boyfriend David gets the 2 — he’s the classic popular boy she’ll do almost anything to keep, even though he’s super controlling and kind of scary. Her photography friend Scott is dreamy and a brilliant artist, and has a wicked crush on Jane. Their chemistry definitely scores a 5. But then there’s Pete, a volunteer at the hospital. Oh, Pete. you’re right — no woman can look into your brilliant blue eyes for more than a few seconds without falling in love. You can give me a sponge bath anytime, and the swoon is definitely an 8, even though Jane’s confined to a hospital room and wearing one of those crazy gowns.

Michele Jaffe totally nails the voice of Jane. A lot of authors try too hard to capture high school speak, especially when telling the story in first person, but Jaffe strikes just the right balance of “I hate my mother” angst, “Doh! I have a boyfriend, why am I fantasizing about yet another hottie?” mental under-the-table shin kicks, and silly slang (I’m particularly fond of Langley’s “freals”) without going overboard on the OMG LIKE no WAY! Also, Jaffe not only makes Jane’s character real, she gets into Langley and Kate’s heads so well, I swear they’re real girls.

It’s not often a girl in a YA book thinks so honestly about boys. She’s either pining for someone unattainable, or part of an awkward love triangle, or finally gets her true love. But Jane has a boyfriend she adores and still has time to check out other guys’ asses, and think about it. A lot. And she’s not a stock “slut” character, or a stock airhead, or any other type that authors often cue with boy-craziness.

Jane’s story starts out at the end (well, the waking-up-from-a-coma-in-the-hospital end), and we get glimpses of what happened through a combination of flashbacks and Jane’s slowly returning memories.

I won’t say who or what or anything, because I don’t want to spoil, but I loved the way the LGBTQ angle was handled in this story. There’s some angst, but there’s sweetness and honesty and it’s not all tricked out in a rainbow-striped man purse or a pink triangle on its sleeve.

When I met this book, I’d just come off a few shallow, slightly immature books and wasn’t really looking for anything serious. I thought we’d flirt a bit (honestly, I thought from the title that this book was a retelling of a fairy tale), and I was so not prepared for the depth of its SOUL and our serious connection. We stayed up all night at House of Pies talking and drinking coffee, and even after we sobered up we still had so much to say to each other. This relationship is just right for where I am now — figuring out who I am as an adult, and ready for something mature and lasting. We may not end up married with kids, but we’re definitely going to last a long time.

FTC Full Disclosure: My review copy was a free book I received from Penguin. I received neither money nor cocktails for writing this review (dammit!). Rosebush is available now.