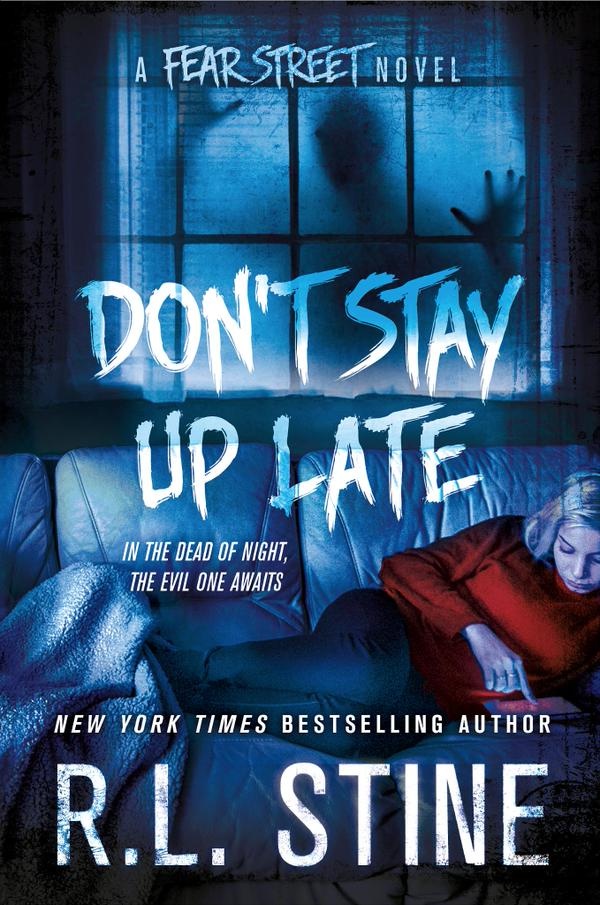 It was great fun going back down Fear Street with R.L. Stine’s new novel, Don’t Stay Up Late. The Fear Street franchise is now 26 years old, and with age comes maturity. Stine’s newest book has a bit more depth than the ’90s entries, dealing (superficially, but even still) with trauma, loss and the pain of having your loved ones doubt your sanity after you’ve suffered an emotional ordeal. Don’t Stay Up Late is also quite a bit scarier than the earlier Fear Street books, and the ending wasn’t as easy to guess. Our little Fear Street‘s all grown up!

Lisa’s just moved to Shadyside and made some new friends when a terrible car crash kills her father and lands her in the hospital with brain trauma. Trying to go back to a normal life and help her mom with the hospital bills, she takes a job babysitting a sweet little boy named Harry. The job pays great but there’s just one catch: it’s on Fear Street. And night by night, Lisa keeps seeing horrifying visions of a monstrous creature stalking her and Harry:

His skin is tinted greenish, a light green. He has red eyes that appear to glow, sunk deep in his face. His head is bald except for a strip of thick black fur in the middle of his scalp. His ears are pointed and stand straight up.

But of course no one believes poor Lisa, and she begins to think this may all be in her tormented mind — until the murders begin.

My name is Lisa Brooks and I’m a twisted psycho.

Whether Lisa is really seeing the creature or he’s a product of her damaged mind is debatable, but someone is leaving mutilated corpses on Fear Street. Could it be…

[Redacted]’s eyes bulged as [redacted] leaped at me — and stabbed me in the chest.

No. I moved before the blade came down.

Okay, so you were not stabbed in the chest, then. Just to be clear.

She had dressed in her club outfit — a short, red pleated skirt over silver tights, a shiny vest over a silky silver top.

It’s so weird (and fun!) seeing Shadyside teenagers use iPhones and talk about current(ish) bands, like Vampire Weekend and Daft Punk. It’s 2015 on Fear Street! I never thought that would happen. These kids are even drinking beer, like real teenagers!

I’m pretty sure this is a gorier and gutsier description than I can remember from any of the earlier Fear Street novels:

“I don’t believe this.” His voice came out in a muffled whisper. “She–she’s been clawed up. I mean, clawed to pieces.”

I opened my eyes. The girl’s clothes were ripped open. And… and… her stomach was ripped open, too. Her guts spilled out onto the pavement. And were those bite marks up and down her body?

Will you be my friend? Will you? We can stay up late together.

FTC Full Disclosure: I received a review copy of this book. I received neither cocktails nor money in exchange for this review. Don’t Stay Up Late is available now.