Content Warning: There is a depiction of sexual assault to a character (it is not described in detail), and gun violence.

I think this cover is so eye-catching and beautiful. Going off the story points alone there is a lot of meaning hidden away in the layers of the colors and images, and I’m guessing there may be more that I’m not catching if the author had any input in the design. This is one I’d never brown-bag.

Daunis Fontaine lives in one of those towns where everyone thinks they know her, her story, or her family. She’s got roots tying her to Sault Ste. Marie going back generations on both sides of her family tree, and enough scandal in that family past to continually fuel the flames of gossip. But Daunis herself is just trying to make it through what has become a very traumatic year. Her beloved uncle David died after a relapse, and her GrandMary recently suffered a debilitating stroke. She decides to go to a college closer to home so she can keep an eye out on her mom and try to keep the tattered remains of her life together.

Unfortunately, she didn’t heed her Firekeeper grandmother’s words that bad things come in threes. After a tragic murder compounded by a meth epidemic that is sweeping across her community, Daunis decides to protect her people the only way she knows how: by discovering the truth, even if it means risking her future in the process.

Daunis has to go through a lot of growing pains and major events challenging her expectations in this book. Some people would completely shut down, but Daunis isn’t the type to stand by and let things knock her down. She may start off a bit naïve sometimes, but I can see glimpses of the measured, wise woman she will one day be, and that person seems pretty great. I will be the first to say I am not very science-minded, so I enjoyed being in Daunis’s headspace because it was so different from my own. I guarantee this comparison would never have crossed my mind, but I liked the imagery:

I watch Levi, with Stormy at his side, as they are absorbed into the mass of excited fans. It’s like watching a human depiction of phagocytosis, with my brother and his best friend playing the part of bacteria getting swallowed by the crowd as one giant feasting amoeba.

Jamie is the new guy in town whose hockey skills get him an instant spot on the Supes, the local hockey team where Daunis’s brother, Levi, is the captain. Levi needs someone to show Jamie the ropes and volunteers Daunis’s time. It’s not exactly a hardship, because Jamie is inquisitive, kind, and, of course, HOT, but he’s also got a long-distance girlfriend, so Daunis has to continually remind herself that he is off limits.

It’s hard to talk about the plot without revealing too much, and I don’t want to ruin how the plot unfurls, so I’ll keep that vague. It took me some time to “get into” the story; in fact I picked it up and put it down over the course of a month and couldn’t get past the first few chapters. On one hand, this was absolutely my fault; I tried to read it on my phone while out and about, and this is not the kind of book you can give half your attention to. The other problem was the story itself—it throws you in the middle of Daunis’s life and name-drops a ton of people, places, and complicated familial relationships without a lot of hand-holding. This will absolutely turn some people off, but I promise that if you keep reading it will eventually make sense. Once I sat down and gave the book my undivided attention, I was quickly swept up in the investigation and the rich culture of the Ojibwe tribe.

I enjoyed Boulley’s thoughtful, quiet writing style, and there were some beautiful contemplations about life, grief, and finding one’s place in the world. Like the bit I quoted above, she also had some great observational moments that caught my eye:

Her laughter is a wind chime of glass shards, quick and pretty but with dangerous edges.

Elders speak Anishinaabemowin while they work on puzzles together. Others speak English, with Ojibwe words added liberally like salt on bland food.

He has a barely there mustache I recognize in Native guys whose facial hair present as lone wolves determined not to get too close to one another.

If I had to nitpick, the book definitely could have easily been shorter and still provided the same impact, but, overall, it was a strong debut. I would gladly pick up another of this author’s books in the future.

Daunis has no shortage of positive female figures in her life, and I loved seeing all these relationships. Special shout-out to her BFF Lily’s bad-ass Granny June, who is the kind of older lady we should all aspire to be. I also enjoyed Daunis’s aunt, Teddie, who is a strong leader in her community and suffers no fools, and who will text her niece things like, “YOUR PLEASURE IS EQUAL TO OR GREATER THAN HIS. MAKE SURE HE KNOWS THAT.” Damn straight, Aunt Teddie.

I am woefully under-educated about Native American culture, as I am willing to bet many of us are. There is a distinct lack of Native authors and stories in the publishing industry, which seems to be one reason the author felt drawn to writing Daunis’s story. I love when fiction both teaches and entertains, and Boulley weaves in a ton of interesting cultural stories/information while also giving space to heavy current events affecting her community.

You know how crazy small towns in the South get about football? Well the same can be said for small towns in the Mid-West and hockey. As my most-tolerated sport, I liked the inclusion of the hockey moments, although I whole-heartedly reject the gross attitudes people continually display towards male athletes and letting them get away with inappropriate behavior.

Your heart will ache and you will burn with righteous rage at all the casually horrible things women suffer at the hands of heinous men. The Native women of Daunis’s tribe have a few of their own rituals to deal with this injustice, one rooted in revenge and one in healing. There was a moment at the end of the book that really got me in the feels.

Someone is selling a special kind of meth in the community that is super addictive with hallucinogenic properties. Drugs effing suck, y’all.

Relationship Status: Something There

Our time together, Book, was intense. We experienced some heavy moments together, and I value your perspective. I can definitely see some kind of relationship in our future.

Pamela N Harris’ When You Look Like Us features a protagonist who will stop at nothing to find out the truth, much like Daunis. Like this book, there are secrets rotting through the center of the small town featured in June Hur’s The Forest of Stolen Girls. 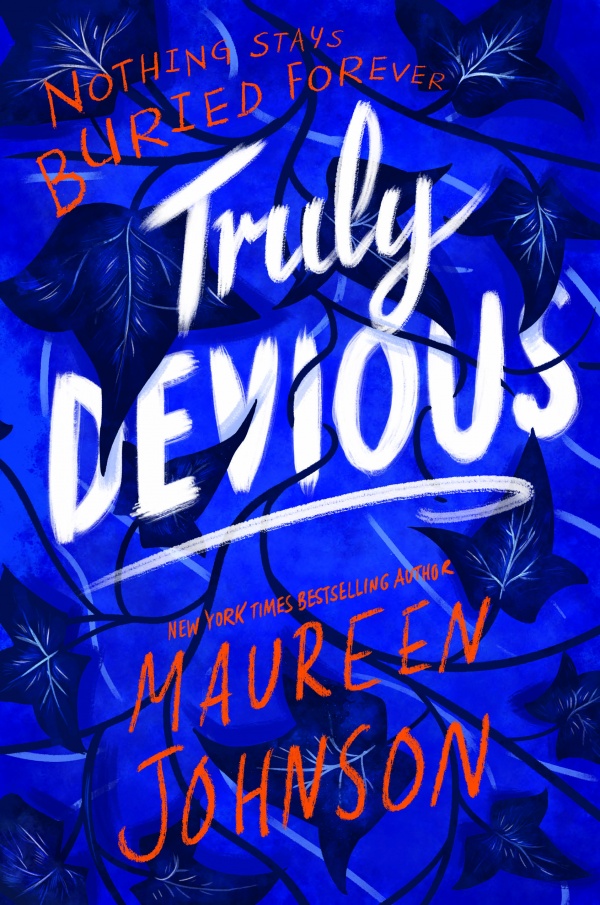 FTC Full Disclosure: I received my free review copy from Henry, Holt and Co. I received neither money nor peanut butter cups in exchange for this review. Firekeeper’s Daughter is available now.