Red alert! Iron Heart is the second book in the Crier’s War duology. If you haven’t read the first book (Crier’s War), man your battle stations turn away now, as there might be spoilers in this review. If you’re caught up, however, feel free to continue below.

I would have been quite sad if this cover didn’t match the gilded quality of the first, but the cover designer did not let me down; this cover still looks like someone etched it on metal. Love the addition of the alchemical symbols here, too, which play an important role in this sequel.

After not being able to plunge the dagger into Crier’s heart, Ayla and Benji have run to Varn to warn Queen Junn of the impending threat Scyre Kinok, his plans, and his followers hold. Ayla also wants to reconnect with Storme and figure out how her twin brother went from being dead to being one of the most powerful people in Junn’s court.

Back in Rabu, Crier’s marriage to Kinok is drawing near, but the dutiful daughter part of her personality is being overruled by her common sense and wish to actually make things better for both Automa- and humankind.

While I would give both Ayla and Crier a BFF charm for being their very cool selves—they’ve both grown a lot since we first met in Crier’s War—they really only have eyes for each other. Of course, that doesn’t mean they can’t/don’t have other friends, but they’re pretty single-minded in Iron Heart. (Even with the fate of their peoples at stake!)

Although they shared their first kiss in Crier’s War, neither Ayla nor Crier fully understand their feelings—and the depth of those feelings—until well into Iron Heart. We, as readers, see this coming from a mile away because we are, thankfully, a little older and more mature in matters of the heart, but it’s so worth it when they finally admit their feelings, even if it never progresses past smooches. The pining and the sheer want is palpable and super sexy while also being utterly heart-eyes-causing romantic. A taste:

“I … ,” Crier said weekly, but couldn’t think of an excuse that wasn’t I can’t see any part of you without wanting to see more, so instead she just closed her mouth and got to her feet.

Like its predecessor, Iron Heart straddles the line between science fiction and fantasy, but this sequel also gets a little paranormal thanks to new monsters introduced and some reveals about the true inner workings of Automakind. And with the book, Varela proves that she’s no one-hit-wonder. (I liked Iron Heart more than Crier’s War, and I really liked Crier’s War.) In it, Varela expands upon and fleshes out her worldbuilding, revealing secrets/explaining the “science” behind much of what was left more “mysterious” in the first book. Her characters also got so much stronger; it might have been the growth they went through in the first book, but Crier and Ayla, specifically, feel so much more fleshed out than they did previously. And, dang, does Varela really know how to bring the swoon.

The monsters Varela introduces into the world of Iron Heart are equal parts terrifying and pity worthy. I won’t spoil what/who they are, but if you think about some of what starts to happen in Crier’s War with a certain alternative to heartstone, you might be able to spoil it for yourself …

A discovery is made in Iron Heart that’s utterly shocking and gruesome. Varela doesn’t spend too much time on it, but that’s a good thing—it’s the kind of reveal that might cause people to curl up into a ball if they think about it too hard. (It certainly shocks the characters deeply!)

Relationship Status: Mad About You

I’m so glad we had the opportunity for another date, Book. I thought there might be something between us when we first met but wasn’t totally sold. But now that we’ve had more time together, I’m sure about it: There’s something special happening here. 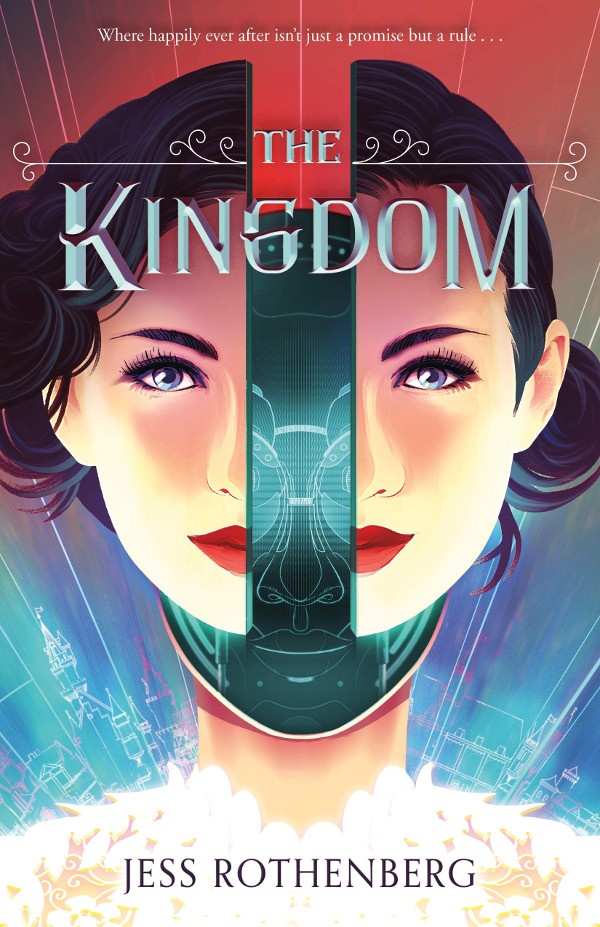 Jess Rothenburg’s The Kingdom is another novel about androids who are more than the sum of their parts.

Claudia Gray’s Constellation series also features a star-crossed love story between a human and an android.

And Sara Wolf’s Bring Me Their Hearts series features a young woman who has to rethink her goals after meeting the object of her attention.

FTC Full Disclosure: I bought a copy of this book with my own money and got neither a private dance party with Tom Hiddleston nor money in exchange for this review. Iron Heart is available now.