This is probably the most beautiful cover of all of DC’s YA line, and it says very little about the book within. Other than that Dick’s an acrobat, and there’s maybe a mysterious girl involved? So, I guess it actually says quite a bit …

Dick Grayson, along with his parents, is a member of the Flying Graysons, pretty much the only act keeping the floundering Haly’s Circus afloat. Dick’s really good at what he does, but he wants more out of life than to be a full-time carny.

So he sneaks out of the circus one night and crashes a townie party where he meets a mysterious young woman—a young woman who just so happens to be a member of a mysterious carnival that set up its tents a little too close to Haly’s for comfort.

Will the young woman bring change to Dick’s life? Or more disappointment?

BFF Charm: Be Mine

I’ve always liked Dick Grayson—yeah, even the brooding versions. He’s had a rough time of things, but becoming Bruce Wayne’s ward/Batman’s sidekick isn’t a bad gig, even if his parents had to be murdered to make it happen. And this version of Dick is pretty swoony, too, which makes me like him even more. Plus, dude is Fit. You have to be to pull off those Cirque du Soleil-style feats of acrobatics!

Both Dick and the mysterious young woman are looking for more out of life, so it’s not too surprising that they end up on a train to Romanceland. It’s definitely instalove-y, but when you have to tell a story in 200 pages, most of which are art, not prose, you have to move quickly.

Talky Talk: The Before Times

I fully admit to not knowing a whole lot about Dick’s backstory, so it was a lot of fun to read about one version of what could have been. Moreci pours a lot of heart (and pining) into Dick’s character, and it’s easy to sympathize with him when he struggles with his current lot in life. Moreci also did a great job with the book’s twist; although I maybe should have seen it coming, it was fun being shocked by the “big bad” reveal. (That other twist, though, I figured out pretty early on.)

Themes of love, hope, and family run strong throughout The Lost Carnival. It’s a happy book, overall, with some bittersweet moments … until you remember that Dick’s parents are eventually murdered (post-ending, in the future). And that absolutely broke my heart.

(Check out my Q&A with Moreci for more about the book and an excerpt!)

Milledge uses color to great effect in The Lost Carnival, allowing it to show the passage of time—and the different elements of time and place in the story—by merely shifting the palette. Dick’s life starts out moody, in shades of blue and black. The Lost Carnival is a warmer place, shaded in yellows and oranges. And there’s another place that brings in even more colors, but I won’t spoil that for you here.

Milledge is also great at showing action. Dick is an acrobat, after all, and his skills are on full display throughout the book. I also love her attention to detail and the fun she had with breaking out of a more traditional contained-panel formal and using white space in eye-catching ways.

I’ve long been fascinated with the idea of old-timey roadshows, specifically carnivals with mysterious and sometimes spooky elements. (Perhaps it comes from reading Geek Show and watching Carnivalé at an impressionable age?) The Lost Carnival leans more The Night Circus than scary clowns, and it paints a picture of a place I’d love to wander about and get lost in.

It’s interesting to view townies through the eyes of Dick and his fellow carnies. Often townies are the good guys in stories in which the rich kids who vacation in a town are not, and the townies are bullied for being who they are. In this case, however, the vacationing kids are not rich, and their vagrant nature makes them easy marks for shit-stirring. And the townies are the bullies, this time.

I don’t particularly want to call myself a carny, Book, but I’d love to go on the road with you. You can teach me all about your secret ways, and if we occasionally have a run-in with a mysterious carnival? I’m there. Just no mistreatment of animals, mkay? We’re better than that. 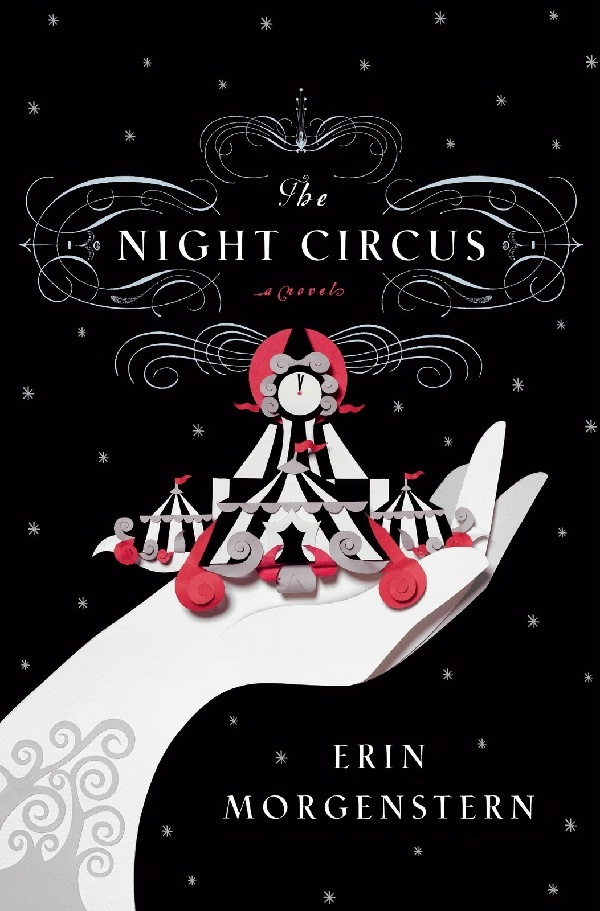 I referenced it above, but if you haven’t read Erin Morgenstern’s The Night Circus, please do yourself a favor and read it ASAP. FTC Full Disclosure: I received a copy of this book from DC Comics, but got neither a private dance party with Tom Hiddleston nor money in exchange for this review. The Lost Carnival is available now.