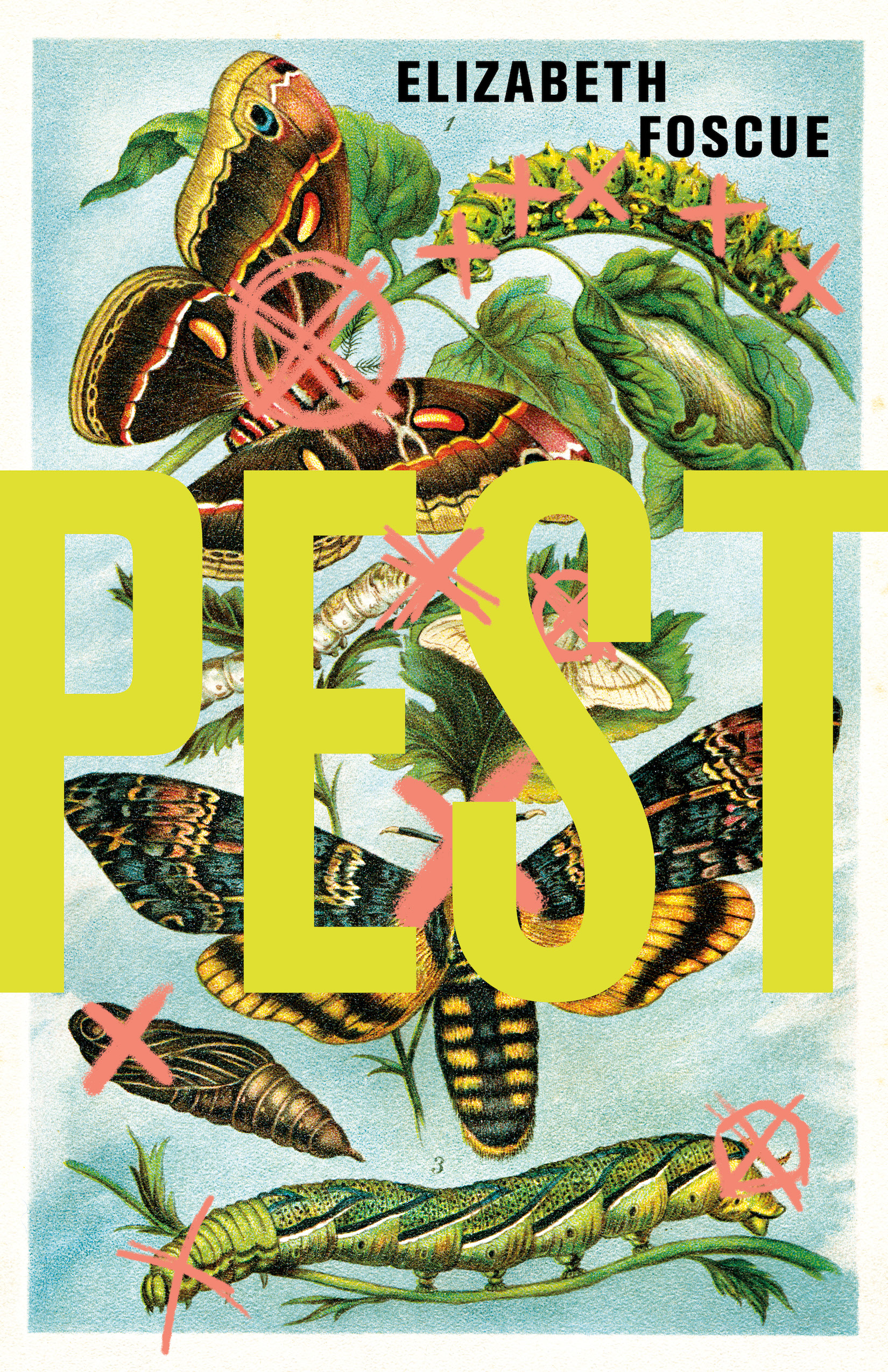 Holy cow this cover is good, y’all. I love the contrast of the vintage biological illustrations with the neon, modern title treatment. No cutesy cartoons or big faces – this one is void of all the overplayed YA cover trends! Please, book cover designers, GIVE US MORE OF THIS.

Hallie Mayhew may spend all her time in the luxe houses of Montecito, but rather than lounging by the pools or watching big-screen TVs, she’s trapping rats and spraying for ants. She splits her time working for her dad’s pest control company and her mom’s koi pond company, and between the constant odd jobs and playing Switzerland to a couple of aggressively divorced parents, Hallie wants OUT. Way out. She has her hopes set on Georgetown, but the only way she’s getting there is with a big scholarship.

Hallie has put in the work to win the historically nepotistic Verhaag Scholarship, and without a direct descendant of the Verhaag family in her graduating class, she has a real shot at winning. But when a new student arrives at school, Hallie’s plans go awry, and she enlists the help of her neighbor Spencer to win the scholarship. Unfortunately, between Spencer, her jobs, her parents, and her attempts at finessing her college applications, Hallie’s life becomes more complicated than ever before, and her chances of getting out of Montecito feel as tiny as the ants she’s paid to poison.

Hallie is smart and funny, but more importantly, she has an enviable work ethic. She’s doing pest control jobs before AND after school, has a weekend job, babysits when she can, and somehow still has the energy to write 30-page research papers in the hopes of securing a scholarship to get herself the hell out of dodge. The amount of patience she shows with her parents is practically saint-like.

One thing I loved about Hallie was that she did her job without a chip on her shoulder. She wasn’t ashamed of the work she did, and even though she went to school with a bunch of rich assholes, she never tried to hide that aspect of her life.

Spencer Salazar is the waffle-making, poetry-writing, rich, shirtless surf god of a boy next door that we all wish we had jumping our fences growing up. He and Hallie were friends as kids, but as they got older, they went their separate ways, Hallie always assuming that Spencer was little more than a spoiled himbo. But when he steps up to help her in her time of need, Hallie starts to see him in a new light. I especially love how open and direct Spencer is. This dude is NOT playing games, and it was refreshing!

Talky Talk: “You’re Like Veronica Mars But With Roaches!”

Foscue’s writing is fresh and witty, and at times a little quirky. The story does, in fact, take on a bit of a Veronica Mars feel (that’s a direct quote above) when Hallie gets caught up in some detective work – though the only murders in this book are of the rat-and-gopher variety.

One advantage is that it’s short! Pest clocks in at just over 200 pages – refreshing! The plot never lags nor does it feel super rushed, and for a short book, the characters all feel fleshed out and Foscue does a great job of setting the scene in wealthy Montecito, California.

I mean seriously, when have you ever or will you ever read a YA book about a teenager who works in pest control?

In YA, parents who get the Dan Scott Award are usually doing some pretty horrible stuff. Hallie’s parents weren’t plotting murders or anything, but they were the type of YA parents that really get my blood pressure up. Her dad only seemed to care about his business and bottom dollar, and Hallie’s mom was pretty self-absorbed too. They never listened to her, and both of them wanted her to stay home instead of going to college for selfish reasons.

Book, you and I had a quick fling that was fun while it lasted! There’s no need for lengthy dramatics here. You delivered exactly what I was looking for in the moment, and who knows, maybe I’ll revisit you again sometime in the future. Turtles All the Way Down

For another story about a girl who enlists the boy next door to help her win a chunk of change, check out John Green’s Turtles All The Way Down. In Jennifer Lynn Barnes’ The Inheritance Games, Avery’s fight for scholarship money lands her in the puzzling home of a billionaire whose grandsons are none too thrilled to have her there. For another quick (albeit much darker) read with hints of Veronica Mars that leans into its California setting, check out Sherri L. Smith’s Pasadena.

FTC Full Disclosure: I received a review copy of this book from HarperCollins. I did not receive money or Girl Scout cookies of any kind (not even the gross cranberry ones) for writing this review. Pest is available now.