Title: The Box in the Woods (Truly Devious #4)

There are boxes upon boxes all melding into each other. I love the purple, too! I like to think this is a play on both the title and Carson (the new owner of Camp Wonder Fall)’s invention, the Box Box—a subscription box of boxes. Have I said BOX enough times?

Stevie Bell, the teenager from Ellingham Academy who solved the Ellingham murders, is asked to attend a summer camp where four teens were brutally murdered in 1978. The new camp owner wants her to take a crack at the cold case. Stevie agrees to come and asks to bring her friends from school to help out. But something evil still lurks in Barlow Corners, and Stevie may be in mortal danger.

I don’t know how she does it, but Stevie puts together clues like no one’s business. On top of that, she’s a hilarious individual who cares deeply about her friends.

There is SOME kissing in this book, but the mystery takes center stage. Which is fine. That’s what we’re here for!

Talky Talk: Talk Bookish to Me

Stevie combs through a lot of evidence and “sees” patterns that weren’t apparent before. There’s a method to her chaos. Maureen Johnson does a great job showing the reader all the pieces before putting them together and making it seem effortless.

This book took me back to my own youth of Girl Scout camp with rustic showers and the sticky heat of humidity permeating my skin 24/7.

This is the fourth Stevie Bell book I’ve read, and in each one, I just want to be her bff. I definitely want to tell her that her boyfriend is terrible. (Seriously, what does she see in David??) But mostly I want to support her in any way to help her solve cases, if that means bringing her hot dogs and Cokes then so be it. Emery Lord’s The Names They Gave Us isn’t a mystery, but it does take place at a summer camp. The Odds of Loving Grover Cleveland

Rebekah Crane’s The Odds of Loving Grover Cleveland will also have you pining for summer camp activities. 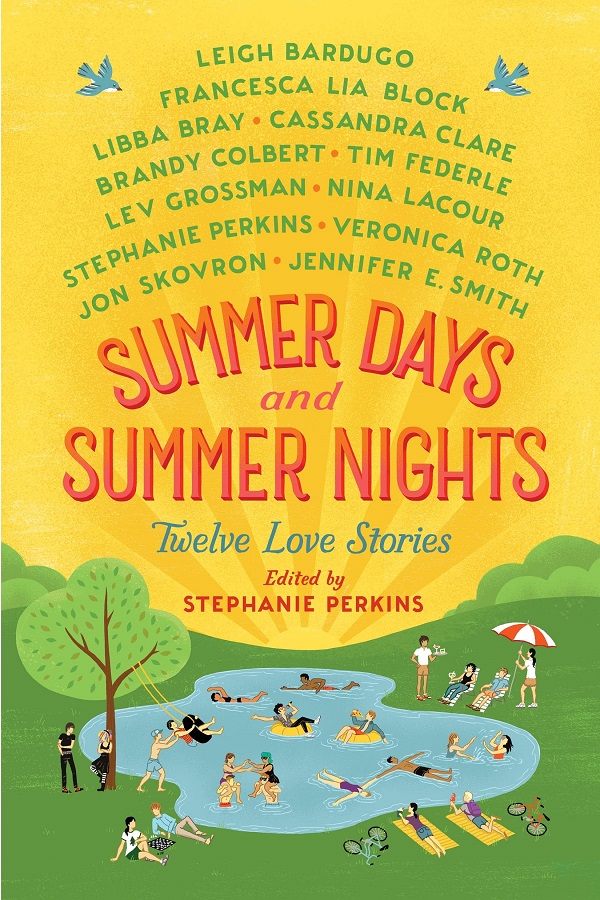 The various stories in Summer Days and Summer Nights are more sweet than sinister, but also have those “long days, hot nights” vibes.

FTC Full Disclosure: I received a free review copy from Katherine Tegen Books. I received neither money nor cocktails for writing this review (dammit!). The Box in the Woods is available now.