Title: The Darkness Outside Us

The drawing for this cover is really lovely. I love the intensity in the shared look between Ambrose and Kodiak and the way they’re reflected in the window. Plus, placing them at the window to quickly convey this is a space book and the way it feels kind of pulled in and almost claustrophobic – I have zero notes.

“The ship is in need of repair.” That’s what Ambrose hears when he’s awoken by his ship’s Operating System (OS) with no memory of how he actually got on the ship. Sure, he remembers the time leading up to the launch of the Endeavor, the moments he found out his intrepid astronaut sister was still alive and sending a distress signal from their colony on Titan, but the rest is a bit of a blur.

And other things aren’t adding up. Why is there dried blood near one of the electrical panels? Why does the OS seem reluctant to let him talk to his CEO mother back on Earth? And is Kodiak—the broody, sullen astronaut from rival country, Dimokratía—everything he says he is?

Ambrose at the start was a little too immature for my taste—like, dude, you’ve got a hundred pending repairs to the only thing that is keeping you from the cold fingers of space; stop mooning over the hot dude across the ship and buckle down!!—but once we got deeper into the mysteries and he and Kodiak started uncovering just wtf was going on, we caught a vibe. Though if I gotta be on this spaceship of crazy to hang out with him, uh…I politely decline.

We’re in Ambrose’s head the entire book, so silent, surly Kodiak was an enigma to us both, and that made it hard for me to get really excited about their romance. (I know, he should’ve been a total MLD but something was missing for me.) I couldn’t tell sometimes if Kodiak into Ambrose’s advances or just weirded out. What is going on in that noggin??

It’s been a minute since I read this, and I’m struggling to pinpoint a moment where I really connected with their romance (except maaaaybe one or two parts later on I can’t discuss cause #spoilers). Their connection did get better in the second half, but I was never head over feet.

This book reached for the (Titan) moon and landed me amongst the stars in a place I was NOT expecting to go. Of course I cannot give you explicit details without spoiling things, but suffice it to say I was very intrigued in the plot twists and the questions about humanity and survival that Ambrose and Kodiak’s situation posed. I do wish we got less of Ambrose in his teenage feels and more of the science fiction-y implications. Dare I say this should have been an adult fiction book? Who AM I?

So when Ambrose wakes up, the OS sounds like his mom because she is like the Elon Musk of their time, and her company built most of the rocket ship stuff they’re using (OMG, LOL, I just put together the fact that Ambrose’s last name is Cusk. Cusk, Musk. DUH, it was right there!). Ambrose is, understandably, kinda wigged out about this. But more pressing concerns are how the Artificial Intelligence is baked into every aspect of the ship, watching their every move, and may have additional orders that Ambrose and Kodiak aren’t privy to. We all know trusting an AI is the first step towards the apocalypse, right?

Ambrose’s mother is some kind of whacky: she had dozens of surrogate children fathered using her eggs and reconstructed sperm from “great men of history”. (I hope you, too, are picturing some poor scientist having to extract those swimmers from amber ala Jurassic Park.) Ambrose and his stranded sister, Minerva, are the only ones who came from Alexander the Great’s DNA, so they share a special connection, and this love Ambrose feels for his sister is what drives him.

I’m married to a certifiable space nerd who is lucky I also enjoy space things. (We’ve been to a lot of space museums.) I’m always completely content to have my feet on the ground when I go to said museums and see that the realities of space travel accommodations are not how they look in movies or books, but isn’t it fun to dream?

Relationship Status: Watching From A Distance

It wasn’t love at first liftoff, Book, but you caused enough of a ruckus that I felt compelled to drive out to the coast and stand with the hordes to watch what you’d do next. Want more space travel and stretches of the imagination about why teenagers the right people to send to space? Try Heather Kaczynski’s Dare Mighty Things. 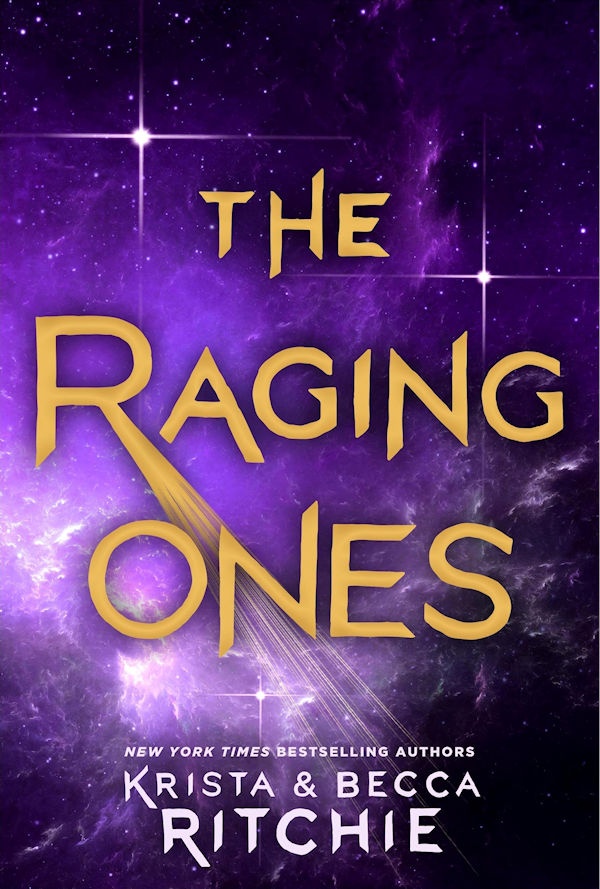 The Ritchies’ The Raging Ones includes a similar theme where the protagonists have no choice but to get close to each other because of proximity and their unique situation.

You want to talk about leaving the world as you know it? Neverworld Wake from Marisha Pessl will have you going “WTF?” at every turn.

FTC Full Disclosure: I received my free review copy from Katherine Tegen Books. I received neither money nor peanut butter cups in exchange for this review. The Darkness Outside Us is available now.