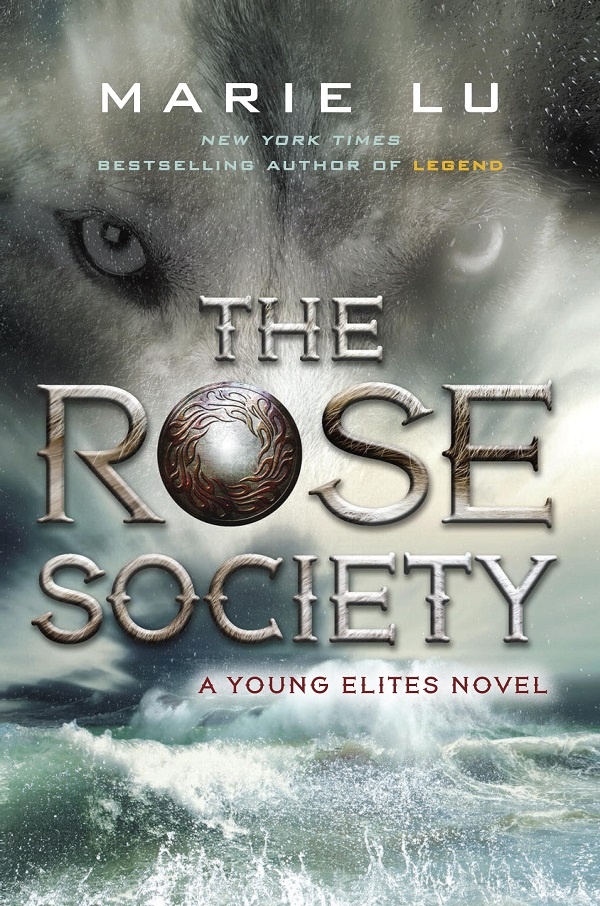 Spoiler Alert: This is Book 2 of the Young Elites series. Spoilers ahead for Book 1!

I always appreciate covers that relate to the actual story, but I’ll be honest — if this wasn’t a Marie Lu book, the EPIC FANTASY-ness wouldn’t do much for me. And out of context, the wolf eyes might seem like surprise lycanthropy is afoot. Which is obviously impossible, since there are no jorts in Kenettra.

SO MANY THINGS HAPPENED, Y’ALL. After being rescued from her own execution, Adelina and her newfound abilities joined the Dagger Society’s fight against the malfetto-hating Inquisition Axis. But soon afterwards, Adelina became a double agent for Lead Inquisitor Teren, who was holding her sister, Violetta, hostage. Adelina eventually rescued Violetta, and she discovered that little sis is a Young Elite herself, with a power that’s super handy in stopping the seemingly invincible (and also Young Elite) Teren.

But OH SNAP — in a moment of confusion, Adelina accidentally incapacitated Dagger Society leader (and occasional makeout partner) Enzo, giving Teren the opportunity to inflict a fatal strike. Which, y’know, he did. Now Enzo’s dead, and the Dagger Society has cast Adelina out.

Which is just as well, because she’s had enough of being everybody else’s pawn anyway. With her sister by her side, Adelina sets out to form her own crew to take down the Inquisition Axis. (So yeah, she’s kind of like the kid who gets kicked out of the clubhouse that actually makes good on their promise of starting their own much cooler club that doesn’t allow any doo-doo head jerkfaces.) But Adelina’s always been better at making enemies than friends, and she has plenty of the former hot on her pursuit.

OK, so I know that logically, I should unfriend Adelina already. If not for common sense, then how about for MY OWN LIFE? I mean, she’s always been dangerous, but now she unabashedly enjoys hurting people. Constantly worrying about staying on her good side would be way too stressful of a hang.

Homicidal tendencies aside, I do love how uncompromising Adelina is with her prickly self.

“You are powerful, mi Adelinetta,” she says, “but you have all the charisma of a burnt potato pudding.”

I WISH I KNEW HOW TO QUIT YOU. (No, I don’t. #TeamBurntPotatoPudding!)

Adelina’s still mourning for Enzo, but it’s tough to ignore the charisma of the legendary Magiano. Although I’m skeptical that anyone could ever compete with her true love of POWERRRRR.

Outside of Adelina’s entanglements, there’s a fair bit of S-E-X going on. Practically none of it swoony, or it’s even swoon-negative, like Teren’s unhealthy and hopeless devotion to the manipulative Queen Giuletta. But YAY at finding out more about Queen Maeve’s history with Lucent from the Daggers.

Anyone who’s ever read a Marie Lu book knows that she does NOT mess around, wielding her words with a ruthlessness to rival that of Adelina. In this sequel, Lu continues to build upon an already impressive world. New players are seamlessly integrated into this increasingly bitter clash for power.

Taking the story beyond the boundaries of Kenettra also reveals that malfettos and Young Elites aren’t universally despised at all; in some places, they’re even revered. The lack of ideological consensus makes so much sense. Heck, the real world can’t even agree on something inconsequential like an ugly dress, so OF COURSE there would be differing perspectives on malfettos! And that kind of brilliance is why Marie Lu is among the top of the YA game.

The Dagger Society was already a well-oiled machine when Adelina came along, but now we get the whole recruiting and assembling shebang for the Rose Society.

How much do I love that the two main countries of this world are ruled by young women? That’s not to say their reigns are flawless — ahem, Giuletta allowing Teren’s witch hunt on malfettos — but I am all for powerful ladies. Even if they’re villains. Especially if they’re villains.

Relationship Status: I Will Follow You Into the Dark

Book, you and Adelina are descending deeper into darkness, and I’m digging the shizz out of it. You’ve tantalizingly set the stage for what will surely be a grand finale.

FTC Full Disclosure: I received my free review copy from G.P. Putnam’s Sons. I received neither money nor froyo for writing this review (dammit!). The Rose Society is available now.