When looking at this cover, I find it really hard to look away from the young person’s eyes. And I’m a little freaked out by the fact that I can’t figure out if there’s a mouth in their mouth area or my brain is just making me think I see the faint outline of one?

Esso doesn’t have reason to believe that his life is anything but normal until it becomes something other. And then he isn’t sure how to deal with the fact that he seems to be able to time travel, or at least experience instances from other points in his timeline.

Similarly, Rhia knows her life’s nothing special. But then she meets Dr, Esso Adenon, a blind tutor who has a strange excitement about physics and a possible connection to her mother, who died when she was just a baby.

I have to admit something to y’all—I don’t quite understand teenage boys. And although Esso was a pretty decent dude who tried to stay out of trouble but stood up for himself when the situation warranted it, I really struggled to connect with him. Am I just too old? Too disconnected from the youths? Perhaps.

Rhia, on the other hand, was someone I felt a much better connection to. She’s experienced a lot of tough times in her life that have made her stronger, but she’s not bitter. She’s talented and brilliant and has a really great future ahead of her, and I envy her confidence. (I would also be a much better friend to her than [REDACTED], but that’s neither here nor there.)

Esso has a huge crush on a girl in his class, Nadia, and he has for ages. From the short scenes we get with her, it’s clear that she’s a really cool girl. But there’s only the telling from Esso that he has feelings; I never really felt the chemistry. (And even in “the future” when it’s clear that Esso’s still obsessed 15 years later, I just felt pity. No swoon.)

I’m all for books in which people speak with their actual voices, including using slang and terms unfamiliar to me. But in cases of books that have a lot of unfamiliar slang, I’d really love a glossary. Otherwise, I end up struggling throughout, trying to make sense of what folks are saying. Such is the case with The Upper World, which is set in a south London district with very distinct speech—speech that is wholly unfamiliar to me, an American (and an older one at that*). Not even the context clues helped with the majority of terms, and my iPad’s built-in translation software was no help at all.

Plot-wise, once I got past the fact that I was just going to be confused sometimes, the book was intriguing but fell a little flat in the end. It mixed ancient theories with modern physics that went way over my head and introduced a very unique sort of time travel, but the feeling that it all was leading somewhere major just fizzled in the resolution. (According to Goodreads, this is not a series, but there is an Upper World 2 in Fadugba’s book list.)

*This is the second time I’ve mentioned being old in this review. Methinks the fact that my 38th birthday is this weekend is weighing heavily on my mind …

Although the science went way over my head—I’ve never had a mind for physics—I loved that it was such a huge part of this book. And that there was a girl (le gasp!) who was good at it as one of the main characters.

One of the driving forces behind the plot of The Upper World is gang violence, and while I understand that it was a large part of Esso’s life because of where he lived—and it’s a reality for a lot of folks all over the world—I didn’t love that it played such a large role in the story. It’s just so brutal and heartbreaking.

Relationship Status: See You in the Future?

We didn’t really have chemistry, Book, and I think that’s mostly because we’re just from two very different worlds. In this case, it’s just a matter of neither of us being right for each other, but that doesn’t mean we aren’t right for others. And it also doesn’t mean that we couldn’t have something later in life. We can always try again at some undetermined future date and see. Jason Reynolds’ supremely powerful novel in verse focuses on a similarly unique form of time travel and the effects of violence on a young man’s life. 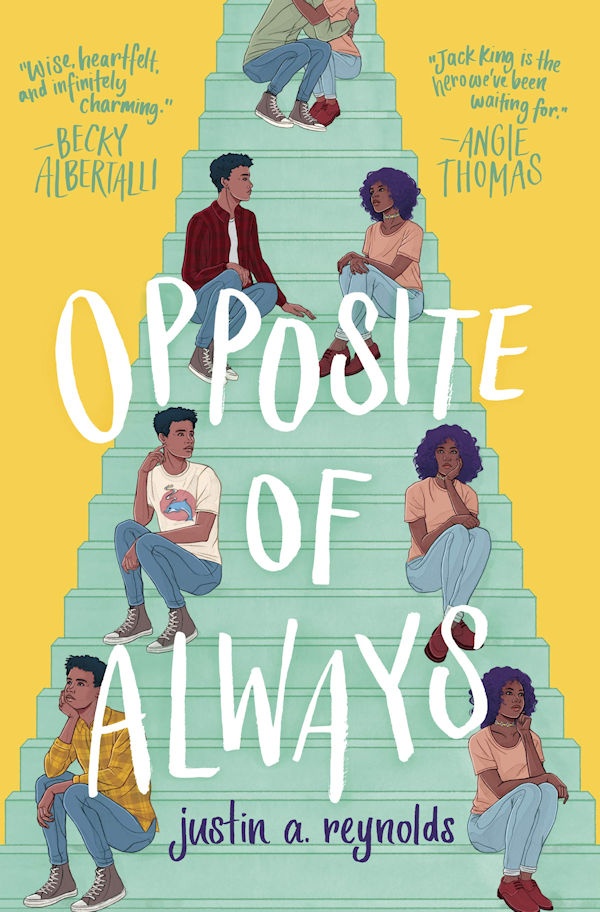 Justin A. Reynolds’s book focuses on a similar reason for traveling through time (i.e., saving the girl). Concrete Rose (The Hate U Give #0)

Angie Thomas’s prequel to The Hate U Give is another story about the struggle of a young black man trying to keep his head above water in a world that’s consistently trying to drown him.

FTC Full Disclosure: I received a copy of this book from Harperteen, but got neither a private dance party with Tom Hiddleston nor money in exchange for this review. The Upper World is available now.