Title: Zatanna: The Jewel of Gravesend

This cover is extremely pretty, from the illustrated character to the sunset behind her. It has a definite “summer night” vibe, which makes me weirdly nostalgic for nights I’ve never experienced. And I can almost taste the cotton candy.

Zatanna Starr is the daughter of stage magicians who doesn’t want to follow in her parents’ footsteps. She’d rather spend her summer hanging out with her best friends and her boyfriend, enjoying the sights and sounds of Coney Island, especially the beach. But when she starts seeing mirror text (writing that’s written backward, able to be read clearly when viewed in a mirror) floating in the air after watching an unusual magic show not performed by her parents, she’s determined to discover what makes her unique—and if magic might be real, not just clever illusions.

Zatanna is a very cool young woman. She grew up in a huge hotel/casino that’s shaped like a giant elephant on the boardwalk in Coney Island. She has a pet rabbit (v. appropriate for a magician’s daughter), gifted friends, a hot boyfriend, and really great hair. Even before she discovers that she might have magical abilities, she’s pretty dang magical. I honestly don’t think I’m cool enough to be her friend. I could see us being friendly acquaintances, but I’d be far too intimidated by her to try for more. Not that she’d ever be rude about it, of course. Her coolness isn’t just external.

Zatanna and Alexei have been dating forever, and they’re the kind of couple that no one would be surprised to see get married, have kids, and be happy together well into their nineties (or even later). They’re very sweet together, and there’s a trust between them that’s apparent, even though their scenes together are somewhat brief, due to [REDACTED BECAUSE SPOILERS].

I have to admit to knowing little about Zatanna other than she’s a magic wielder who dresses like a stereotypical magician with a very feminine twist. So I have no clue if the origin story Arden crafted for The Jewel of Gravesend is in any way accurate. But it is a delightful story about a young woman who’s only just coming into her own power. It’ll have you fist-pumping and intrigued right up until the very end.

The whole of The Jewel of Gravesend looks like the cover: saturated colors, jewel tones, pretty, pretty people. De Leon’s art evokes hot summer nights, cotton candy stands, and popular Instagram images. And yet, when things get serious with the plot, it doesn’t come across as cheesy. The book looks like a  CW show that was art directed by a carny, and I mean that in the best of ways.

Zatanna’s dad leans a little too close to Criss Angel for me to take him seriously, but I have to give props to people who make a living as entertainers who straddle the line between reality and fantasy. Magic can be amazing when it’s done by experts, and Zatanna’s parents are definitely that.

Zatanna grew up amongst people with unusual talents and her friends are no exception. They’ve known they were more than normal for ages, and they use their gifts to help Zatanna in her quest for the truth. It’s very fitting that they all end up together.

Zatanna’s abilities aren’t the only secrets in her life, and some are harder to stomach (for her) than others. I feel for her when she discovers truths that completely throw her for a loop. It’s never easy to realize that your life’s not what you thought it was.

I had a great time hanging out with you, Book, but I know we’re not exactly compatible. You go be your awesome self out there in the spotlight. I’ll be happy to hang back and bask in your glow. And maybe you can give me some photo posing tips? Gosh knows I need the help. 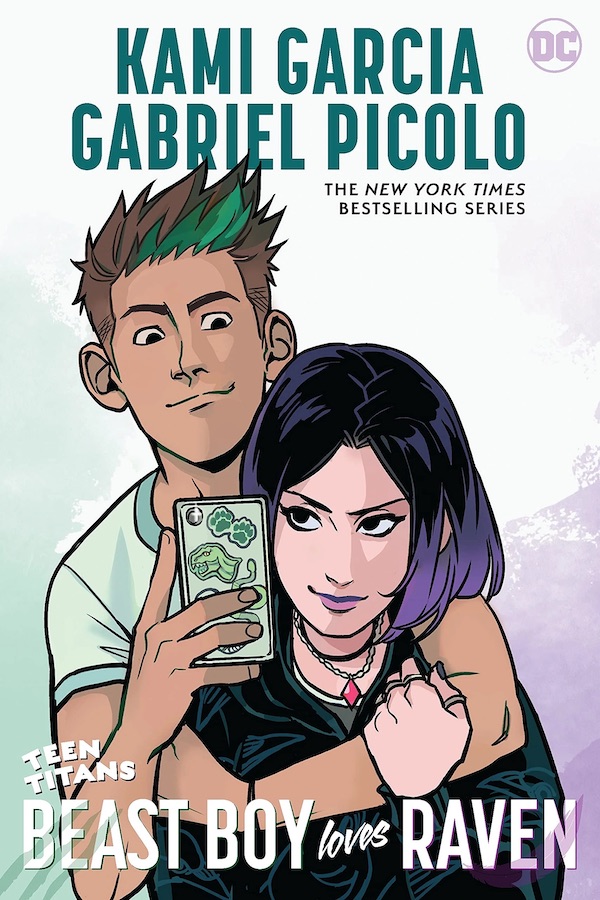 Although their gifts are different, Zatanna reminded me a lot of Raven from Kami Garcia and Gabriel Picolo’s Teen Titans series. And for more fun with magicians—and magic—check out Lisa Maxwell’s series.

FTC Full Disclosure: I received a copy of this book from DC Comics, but got neither a private dance party with Tom Hiddleston nor money in exchange for this review. Zatanna: The Jewel of Gravesend is available now.