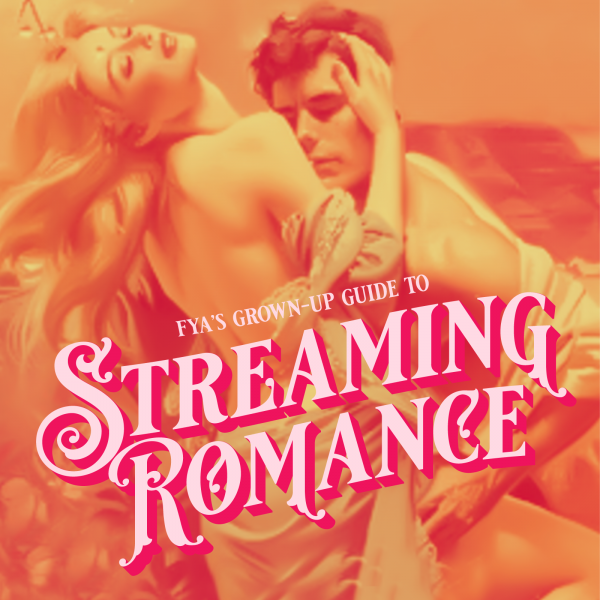 Title: FYA’s Grown-Up Guide to Streaming Romance: What To Watch After Bridgerton

As our time in the ton draws to a close, we ache with desire for another escapist and visually decadent season of Bridgerton. You could even call it TEABS TEASS (The End of an Awesome Season Syndrome). To whom do you set your sights on now?

Sure, you could take your pick and cozy up with one of a plethora of Regency romance novels (though I suggest avoiding the actual Bridgerton book series unless flying into a man-hating rage is your goal), but sometimes you just want to visually consume a story, to see your delectable hero and heroine in the flesh.

We understand. Consider us your matchmaking mamas, because we’ve poured through our archives and found you some extremely eligible matches: our favorite romantic—and sometimes risque—historical romps. Maybe you’ve already met one or two (or ten), but you just never know when someone is worth a second (or third or twelfth) watch.

(Pro-tip: since some of these Stream Its are not brand-new and we know streaming rights tend to bounce from platform to platform, I’d suggest you use a site like Just Watch to see where some of these shows/movies are currently available to stream / rent / buy.)

Read on for why you should watch this one-season show despite it ending on a cliffhanger with no hint of renewal (hint: shirtless Theo James emerging from the ocean plays a part!).

If you like your royal Russian raunch to have a good dose of irreverent comedy, then this show about Catherine the Great is for you.

Perhaps you are one of the forty-eight people who haven’t yet watched Outlander? Why not give it a try during this month of romance? We have recaps to cover you through season 4, because half the fun of watching TV is then talking about it!

Victoria was a literal Teen Queen, so you know there will be plenty of interpersonal drama along with a heaping dose of British politics.

There are plenty of Wuthering Heights options out there, and while I personally do not find this story to be romantic at ALL (please go DIAF, Cathy and Heathcliff), at least this version has Tom Hardy’s pillowy lips.

While generally less spicy than some other picks on this list, North & South ratchets up that old-timey sexual tension like WHOA in no small part due to Richard Armitage’s intense baby blues. (And while you’re watching, don’t forget to follow along with Alix and Megan’s hilarious commentary.)

Proof that Bridgerton wasn’t the first to use modern music for a twist on an old classic. We all know how it ends, but it doesn’t mean the journey isn’t worth it.

Clueless is obvi the best reimagining of Emma ever, and there’s that Paltrow version floating around out there, but Romola Garai’s Emma is a sweet and more faithful adaptation that is sure to put a smile on your face (with bonus Johnny Lee Miller)!

Let Jennie list off the reasons why you should tune in to Poldark. She had me at “sexy scything”.

Scandal abounds in this Danish movie starring Alicia Vikander before we all knew who she was. Fair warning before you pop that cork: there are subtitles!

Maybe you’re more interested in revisiting an old classic. But there are two fabulous adaptations! Which do you pick?! We can help you with that. (But, psst, if you pick the Colin Firth version, we’ve a drinking game you can play.)

It’s a true travesty that we haven’t actually done a Stream It on Belle yet, because the impossibly beautiful Gugu Mbatha-Raw? That dress on the poster?! MATTHEW GOODE?? I finally watched it in 2021 after years of “meaning to” and it was definitely a wonderful film!

What do you plan on watching—or what have you loved? Did we miss your favorite historical romance? Head to the comments to give us some recs!