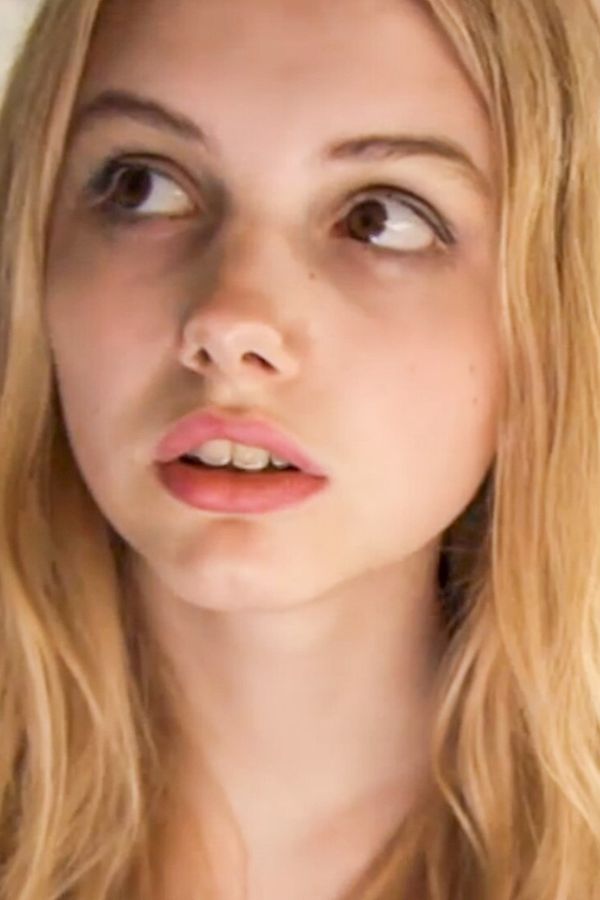 Be forewarned, basically anything having to do with Cassie completely RUINS me. I’m never emotionally prepared enough ever nor will be. “Cassie” opens with the remains of an epic teen party (Skins devotees know that this is just par for the course) with hung over bodies splayed everywhere including Chris’s naked ass (Joe Dempsie bless him), food spilled all over the place and Michelle’s parents returning home at any moment. The rest of the episode follows Cassie post-rehab, introducing us to her family and a crap B-plot focused on Mad Twatter. Here’s what we’ve learned through veils of tears about Cassie.

From last week, we know that Cassie recently got out of a clinic for her eating disorder—she’s now a weight gain away from being able to check out of treatment. Food drives Cassie’s life even if she’s not eating it. The whole episode is filled with it from the spaghetti curtains of the party at Michelle’s house, her perfectly organized food drawer under her bed to the final shot of Cassie allowing herself to finally eat. Watching Cassie go through this alone is pretty brutal to watch. She’s in constant fear of food from traveling on the bus, hearing about people talking about her weight and her (imagined) texts and messages that just say “EAT.”

Her own outlook on it is pretty bleak too. She keeps a positive show on for everyone else—constantly saying “I’m so fine” with the hugest eyes ever. But she eventually lets Sid see what’s really going on—“It’s nobody’s fucking business.” She then tells him how she convinces people she’s eating by distracting them with talk and pushing the food around on her plate.

While it’s all pretty upsetting, it isn’t completely without hope. Despite a shitty clinic experience, where I’m pretty sure the head clinic woman was cast from “generic bitchy blonde business woman type” agency. She finds some relief and someone to talk to in Alan, her appointed taxi driver, who finally is the one who convinces her to eat.

Some might call it crazy, others spacey, but I’m gonna call it perceptive. From last week, Cassie knew that Sid was totally in love with Michelle and called him out on it. This episode reinforces much of the same. Cassie watches people and can automatically uncover the details about everything around her. She correctly calls Sid out on his love for Tony and can totally see the leader/follower nature of their relationship.

3. She sees the goodness in other people (Sid related)

Cassie is the type who seems to genuinely believe that people can be good. Even after “generic bitchy blonde business woman type” completely blows her off in her clinic check out meeting (including getting her name wrong) she kisses her on the cheek—which is pretty priceless for “generic bitchy blonde business woman type’s” reaction. Her feelings for Sid are a prime example of this. Tony and everyone else treats Sid like shit—he has a garbage diet, he’s unclean, he’s bad at school—but Cassie’s completely enamored with him. She takes the “Virgin” post-it note off his forehead after Michelle’s party and kisses his forehead. She dumps food on Tony when he’s being shitty to Sid which is subtly badass/proves that Cassie is good at throwing shade. When she stares at him from upstairs and wills him to look up at her if he likes her is SO sad and SO relatable especially when he doesn’t. It feels like a moment a teen girl (and ugh unfortunately an adult human woman) has every time she has a crush on someone. And so far, Cassie’s crush on Sid is completely unapparent to him because he’s an idiot teen boy.

4. Her parents are nuts

Cassie’s parents are super annoying, liberal, hippie artist types. They are ALL over each other all the time to the point where they are completely unaware of their daughter and her illness and their very young baby. Also, Cassie’s dad is a shitty painter who paints nudes of his wife in various naked poses including giving birth.

Next week: Jal’s type-A persona will be shattered!