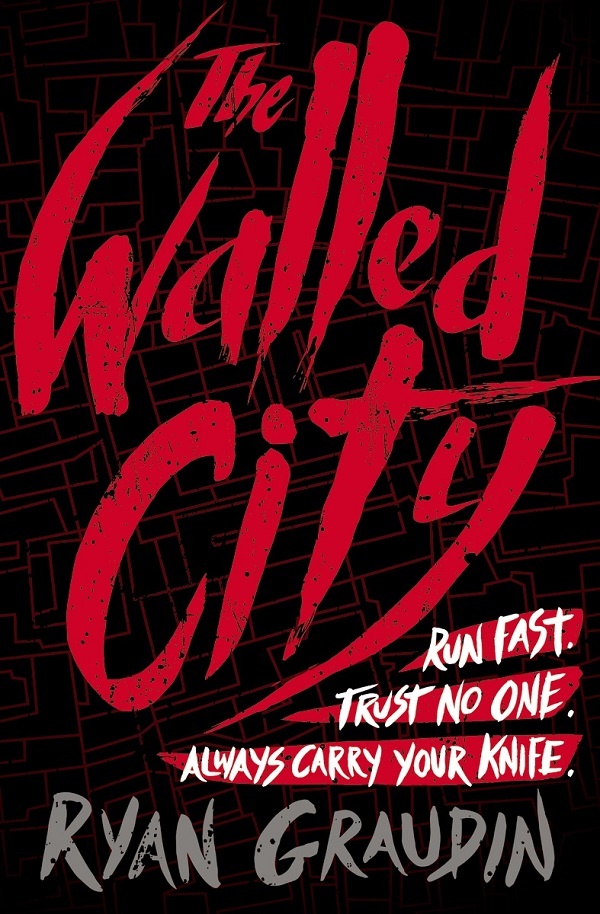 Cover Story: Gets the Job Done

Maybe it’s because my book-choosing process is so predicated on shiny, pretty images that any ol’ typeface cover just won’t cut it. Although this sure is eye-catching—and not in an embarrassing way—and I’m always down for a dramatic tagline.

For everyone else, survival is a full-time job. Jin Ling’s looking for her lost sister while living on the streets and passing as a boy to stay safe. Mei Yee’s trapped in a brothel, with any hope of freedom all but faded. Dai traffics drugs for a cutthroat kingpin, but that doesn’t rattle him as much as his own dark past does. Needless to say, escaping the Walled City with their lives is going to be a heckuva tall task for these three.

Jin Ling—or Jin, the name she goes by as a boy—is totally someone I want in my corner. She might be the baby in her family, but she’ll fiercely defend her love ones against anyone who wants to cause them harm. Not to say I want Jin Ling to risk her life for me; I’d be happy just to hang out with her and her loyal cat, Chma.

Mei Yee’s also tough as nails, but she has a different kind of strength than her sister’s: the will to persevere in the midst of a maelstrom of awful. Even though there’s no way to erase what she’s been subjected to, I’d like to give Mei Yee a million rainbow-sunshine unicorn hugs and whatever else she needs to start healing.

Dai could use a little healing himself. For someone who isn’t a vampire, he’s pretty dang broody—but with good reason. He’s still punishing himself for major mistakes in his past. While I like that Dai has to deal with the consequences of his actions, his insistence that he’s terrible, horrible, no good, very bad wears a little thin. But I could never completely forsake someone with a healthy appreciation of backup plans.

Howevs, most of the swoon in this book is cancelled out by Mei Yee being forced to work in a brothel. Her only patron is one of the relatively nice ones, but he’s still a putrid mound of festering scum by financing and partaking in sex trafficking. Universal human rights: Why is that so much to ask for? </rant>

Talky Talk: She Says, He Says, She Says in a Race Against Time

The three main characters take turns narrating this brutal and often violent world as an ominous countdown looms over their stories: What happens when time runs out? The reveal is dragged out a little too long, but the book being an honest-to-goodness stand-alone makes up for the clock tease.

The Hak Nam Walled City is based on the real-life Kowloon Walled City in Hong Kong, which existed up until two decades ago. I actually lived in HK back then, and my mother best remembers the real Walled City as an isolated community with rampant crime and shady dental practices. In other news, my mother is not exactly a historian.

This isn’t a case of “All Asians are the same” (side note: ugh), but Mulan is the best/only example of someone cross-dressing to protect their family that I could think of. Although there seems to be enough female wartime cross-dressers to warrant an entire Wiki category! I’d read a YA novel based on any of their lives.

The film rights have already been acquired—and by a studio that seems like it won’t whitewash the source material ZOMG.

This book took me on a tour of the dark, seedy world within its walls, and it certainly knew how to leave me breathless. If my heart wasn’t racing, it was fraught with concern for the main trio. I’m not really cut out to be an outlaw (with a heart of gold, obvs), so I’m glad I have this book watching my back.

FTC Full Disclosure: I received my free review copy from Little, Brown. This review was originally posted on Kirkus Reviews in exchange for monetary compensation, which did not affect or influence my opinions. The Walled City is available now.