This cover is cute and effective! If you think it’ll be a fun, mostly light-hearted romance, you’d be correct. Until I really started digging into this review, though, I kept mentally inserting commas in between words in the title. It works on the cover, but typing it out without commas feels…odd.

If you don’t have a high school nemesis, did you even high school? Rowan Roth and Neil McNair have been academic competitors since their entries into the ninth-grade essay contest on influential authors caused a stir. For better or worse, they’ve shared every major high school moment by each other’s side, and now that graduation has come and gone, all that’s left is Howl, the epic senior class scavenger hunt that takes students all over the city in a race to win a cool five thou.

Rowan has mixed feelings about graduating. When she looks back on her high-school self-checklist she made as a freshman, she realizes she’s accomplished exactly none of it. Winning Howl and spending the summer with her besties seems like at the very least she can do, but when she finds out her BFFs have planned a summer trip without her and overhears her classmates saying some not-so-nice things about her while trying to sabotage her and Neil’s chances of winning yet again, she decides the best revenge is to band together with her arch-enemy and show everyone up.

Rowan is going be a very cool person someday real soon, and I would totally be friends with her. And it’s not that she isn’t great now! She’s a romance-novel loving, intelligent, (sometimes a bit uptight) passionate feminist. But in the span of a day and night, she learned a ton about herself and knows she has some action items to work on, so by the time she’s done with, say, freshmen year of college, I think Rowan will be awesome and unstoppable.

Is my favorite romantic trope enemies-turned-lovers? YUP. Solomon does a perfect job showing why Neil and Rowan butt heads but keeps it well on the right side of not too toxic to root for them to just kiss already. It’s perfectly understandable why it’s taken so long for the two to put aside their differences and finally connect, and I loved that the author took the time to let the characters have these conversations. Once Rowan and Neil actually take the time to listen to each other, well—in the immortal words of Nelly, is it getting hot in herre? I was swooning right along Rowan because, y’all, Neil has Hot Book Boyfriend material written all over him. Even as “enemies” he would text Rowan every morning, ostensibly to psyche her out, but all I can say is awwww!

Give Rachel Lynn Solomon an award for masterful writing, because this was a top-notch contemporary from start to finish. It was everything good about the genre: poignant moments of change and perception shifts, characters that understand it can still be bittersweet to know that a particular chapter of your life is coming to a close even as something new and exciting is on its way. I found it hard to put it down. The only tiniest bits that pulled me out of the story were when Rowan got on her soapbox about a particular issue and it start to feel more like the author’s opinion coming through than something completely organic to the scene, but it didn’t dampen my enjoyment at all.

A scavenger hunt is ALMOST as cool as an escape room because it combines similar elements (puzzles, codes, mysteries, a chance to use the random-ass trivia knowledge you have tucked away) and makes you dash about like a loon. Howl is a scavenger hunt mixed with the game Assassin mixed with mandatory pit stops where you do fun things like mini golf and bowling. Can I play?? This just makes me miss our YA Summer Showdown!

Once all this pandemic stuff is a distant memory and we can safely travel around the world again, I really need to make it a priority to visit the Pacific Northwest! Howl forces Rowan to travel around to Seattle landmarks both big (a Starbucks, the Pike Place fish market) and small (a wall of gum! Quirky museums about Seattle oddities!). It’s a true love letter to what sounds like a funky, fun city.

So Rowan’s parents are the cutest: they coauthor and illustrate a series of children’s books loosely based on Rowan as a child. Rowan fell in love with romance novels when she was a younger teenager, and it’s been her life’s dream to become a romance novelist—but she’s terrified to tell her parents, who don’t care for romances, especially after so many people in her life—Neil in ninth grade, her best friends whenever they see her home library—have made fun of her and belittled the genre as a whole. This is one of those topics that sometimes felt soapbox-y, but I was completely in agreement with Solomon’s arguments: the romance genre is awesome and totally unworthy of all the ridicule, and is definitely disparaged more than most because it caters to female readers and authors. Let your HEA flag fly, Rowan!

There’s nothing wrong with Judaism itself, but rather why it’s brought up in the story (one of the jerky things Rowan’s classmate said about her had to do with her Jewish heritage) is a bummer. Clearly another topic close to Solomon’s heart, it’s so frustrating and upsetting to hear about all the little ways Rowan has dealt with bigotry in her life, even in a supposedly progressive city like Seattle.

Book, I do not do escape games with just ANYONE. You have to be IN IT to WIN IT and also contain the smarts, savviness, and heart to keep up. I mean, we’re going to be locked in a tiny room together for at least an hour; I gotta know you’ll have my back (and remember to wear deodorant). Lucky for us, this feels like a match made in overachiever heaven.

Jenn Bennett writes of modern-day heroines and absolutely swoony book boyfriends with a strong sense of place. If you’re looking for similar vibes, look no further than Starry Eyes.

I’d be remiss if I didn’t include one of my favorite contemporary authors with some serious heart and excellent characters, Brigid Kemmerer. For a slightly heavier but no less engaging read, check out Call It What You Want. 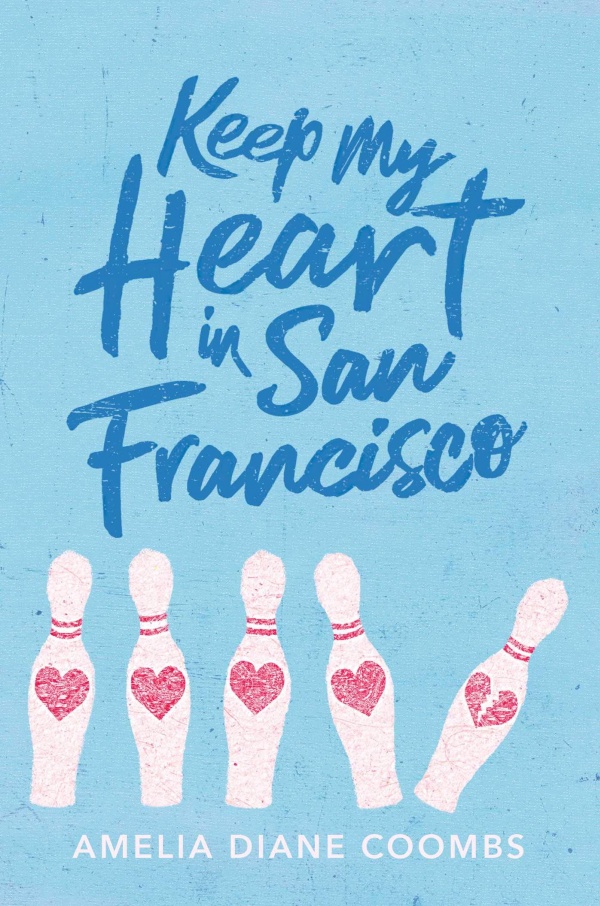 Keep My Heart in San Francisco

New author Amelia Diane Coombs also knows the way to our hearts with another book about friends to enemies to lovers, bowling alleys, and the perfect San Francisco date night in Keep My Heart in San Francisco.

FTC Full Disclosure: I received my free review copy from Simon Pulse. I received neither money nor peanut butter cups in exchange for this review. Today Tonight Tomorrow is available now.